International trade is a job creation engine that supports more than one in five jobs nationwide. Every state benefits from exports, and Texas, California and New York have the highest export revenues. Even states earning less than the top three states receive billions of export dollars. 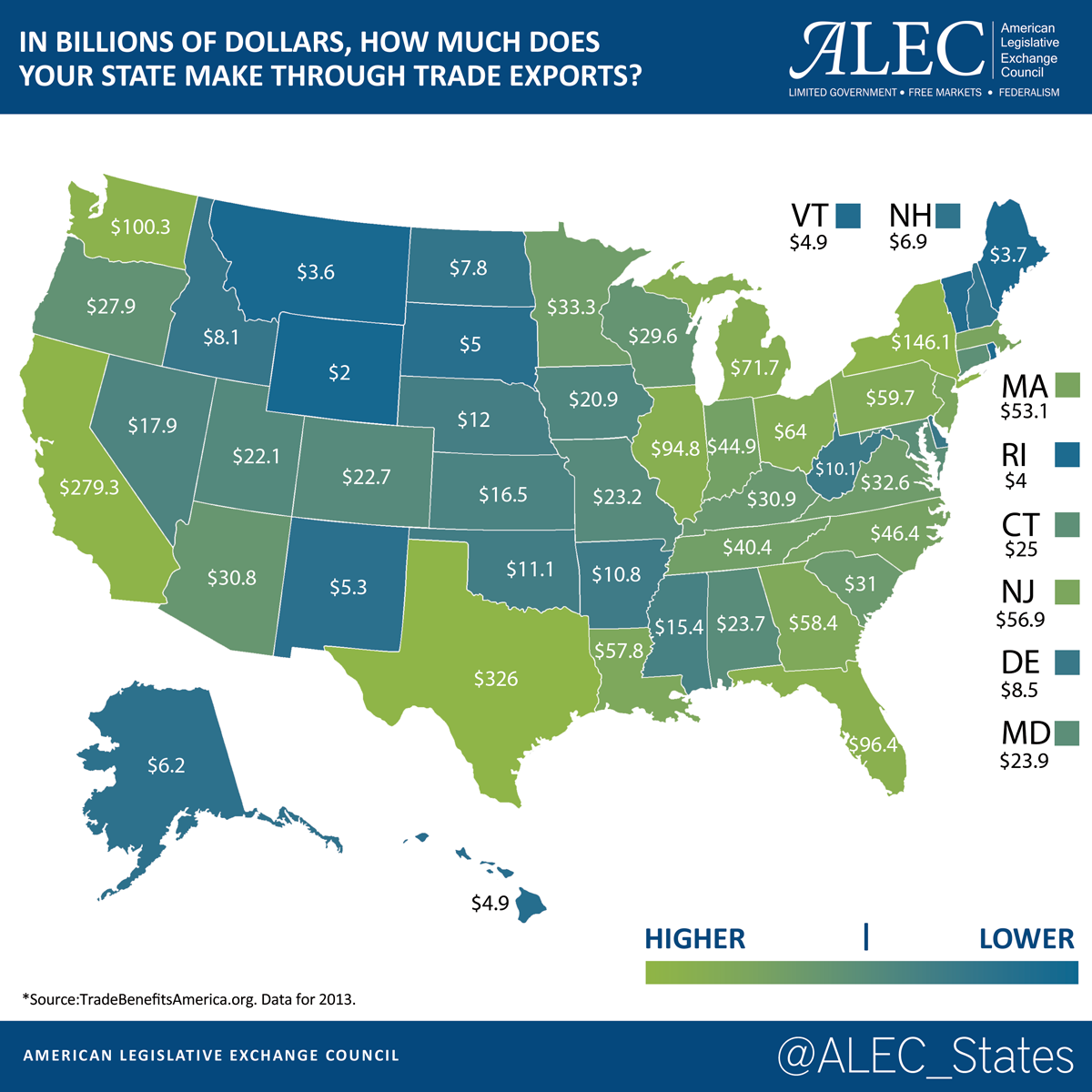 The United States is in the midst of negotiating three major trade frameworks (Trans-Pacific Partnership [TPP], Transatlantic Trade and Investment Partnership [TTIP] and Trade and Investment Services Agreement [TISA]) that will be difficult to conclude without trade promotion authority (TPA). Trade Promotion Authority – The States Are Stakeholders provides background on TPA and the importance of international trade to the states.

Trade supports good jobs with higher-than-average wages, and small-to-medium sized enterprises account for 98 percent of U.S. exporters. The United States is not unique in this regard – trade benefits all economies. Studies conducted by the Organisation for Economic Co-operation and Development (OECD) and World Bank conclude that open economies grow faster than closed ones and that free markets have measurably higher levels of economic growth, productivity, higher standards of living, greater innovation and stronger institutions and infrastructure. The reduction in poverty attributed to free market policies even helps to address some national security concerns.

Trade agreements help spur economic growth, and as the map shows, states’ economies benefit from the export and import of goods and services. As the United States continues to look for ways to strengthen the economy, creating more opportunities for international trade should be a top priority.