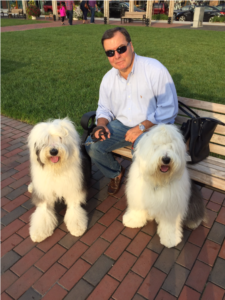 This Week, ALEC and FreedomWorks introduce Ohio State Senator Bill Coley. Senator Coley is serving his second full term in the Ohio Senate, representing the majority of Butler County as the Senator for the 4th Ohio Senate District. Prior to his appointment to the Senate, Senator Coley was elected to four terms in the Ohio House of Representatives where his background in finance led him to be named Chairman of the House Financial Institutions, Housing and Urban Development Committee. In addition to his legislative duties, Senator Coley works as a commercial litigation attorney with the firm Strauss and Troy and is licensed to practice in Ohio, Kentucky and Indiana. An active member of his community, Senator Coley is involved in Boy Scouts of America. He received his bachelor’s degree in finance from the University of Dayton and his law degree from the Cleveland-Marshall College of Law. A licensed pilot, he and his wife Carolyn live in Liberty Township.

I ran for office because in 1968 I was in the 2nd grade and my teacher, Mrs. Brizzolara, had a mock Democratic National convention.  I was Edmund Muskie, and even though I lost by a landslide, I was convinced that being a legislator was something that I wanted to do during my life. I was asked this same question at Miami University a few years ago and the next morning I received an email from Mrs. Brizzolara telling me that her grand-daughter had been in the audience and told her about my presentation.  Fortunately, I had the opportunity to personally thank Mrs. Brizzolara on the floor of the Ohio Senate during one of our sessions.

In your view, what is the biggest issue facing Ohio?

The biggest issue facing Ohio is ensuring continued economic growth.  Sure, we are inundated with requests to improve so many aspects of our communities, but ask yourself, “what will matter more for future generations?”  Calculate the difference for your state’s economy and the well-being of your citizens 20 years from now should your state start growing at 3% rate as opposed to growing at a 2.5% rate.  The results are shocking.  The citizens in the faster growing state will have accumulated twice the prosperity of their slower growing neighbors during that 20-year timeframe.  A state with that kind of prosperity has more resources with which to combat social ills than a less prosperous State.

If you could “wave your magic wand,” what would you like to see immediately implemented in Ohio?

When I started in the general assembly, Ohio had 9 tax brackets with a top rate of 7.185%. While I am happy that we currently have 7 tax brackets with a top rate of 4.997%, I would like to see us move to a flat tax with a rate of 3 or 3.5% and a guaranty that no one experiences a rate increase as a result of the flattening.  Fortunately, I believe that we might be able to get this done in the next budget, if we have the intestinal fortitude to see it through.

In Ohio, all Senators serve on committees at the pleasure of the Senate President.  I currently serve on the Senate’s Finance, Education, and Judiciary committee, as well as the Rules and Reference committees and the Finance Health and Medicaid sub-committee.  I also have the pleasure of serving as Chairman of the Government Oversight and Reform Committee. In addition to those Senate Committees, I serve on the State’s Controlling Board as well as the Joint Medicaid Oversight Committee and Constitutional Modernization Commission. I believe that I have been somewhat effective in my work on these committees by asking what many believe are tough questions and insisting on truthful and clear answers.

Wow, that is like asking a parent to decide which their favorite child is. If I have to pick one thing it would be the “Daffy Duck for President” program that my wife and I began doing back in 2005. We go into classrooms and show the Chuck Jones cartoon then talk about how a bill becomes a law. Before we end with questions, we talk about what it takes to be a legislator and how legislators have to be “HIP.”  Then we explain that HIP stands for Honesty, Integrity, and Passion.  We’ve been doing this program for about 1500 fourth graders a year since 2005 and it has been absolutely terrific.

ALEC has helped me as a legislator by providing a forum to exchange innovative ideas with some of the most creative and experienced legislators in the country.  I learn new things every time we gather and, hopefully, other legislators learn from me. Of course my staff hates it when I go to ALEC because I am constantly texting them ideas throughout the conference and we start work on those ideas as soon as I return.

What is your favorite thing about Ohio?

My favorite thing about Ohio is the incredible diversity of our citizens. They come from our urban centers, our abundant agricultural communities, and our foothills of Appalachia and each of them seems to have a view of the world that is both compelling and unique.

My first elected job was Director of Entertainment at the University of Dayton (I peaked at 19) and I had to attend an entertainment conference in Kalamazoo.  On the day Ronald Reagan was elected for the first time (Nov 4, 1980), I sat down next to a beautiful student from Otterbein College (now University).  She and I started talking and we haven’t stopped talking since.  Five years later, we were engaged on the 4th of July and we married on Flag Day the following year.  So, Election Day, Independence Day, and Flag Day each have a more personal meaning for me than they may for many of my colleagues.