On the heels of Oregon’s decision to drop its dysfunctional health insurance site, Massachusetts officials announced plans to follow suit on Monday. Unlike Oregon, however, Massachusetts will be taking a different replacement route—instead of using HealthCare.gov to sign up enrollees, Massachusetts will attempt to build a new health marketplace site based on software used by Colorado and Kentucky. 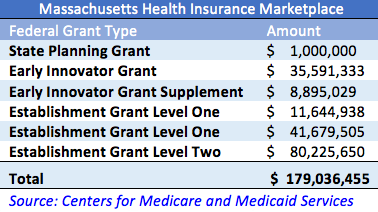 The existing Massachusetts’ health exchange, originally created in 2006 and considered the model for the Affordable Care Act, has faced technical issues since enrollment began last October. Because of these difficulties many consumers had to resort to paper applications instead of applying online. Even now, the system is struggling to determine eligibility for about 190,000 enrollees, who in the meantime, have been temporarily placed on Medicaid.

See here for an earlier post on Oregon’s move to the federal exchange.