Mississippi has taken important strides this week to create a criminal justice system that effectively protects the public while making best use of taxpayer dollars. On March 25, the Mississippi Legislature passed The Mississippi Corrections and Criminal Justice Reform Act of 2014 in response to the state’s inefficient incarceration system. 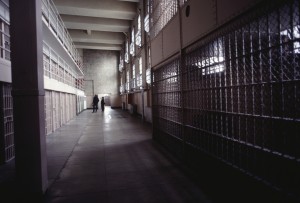 pi has the second highest incarceration rate in the United States (neighboring Louisiana has the highest), yet there is little evidence that these high incarceration rates have a positive effect on public safety as almost one-third of violent offenders return to prison within three years of being released. As a result, the state will face an additional $266 million in corrections spending over the next 10 years if action is not taken.

A response to these challenges came last April when the Legislature passed and Governor Bryant signed legislation to create the Mississippi Corrections and Criminal Justice Task Force. The Task Force was created to investigate and report on major drivers of the prison population and costs as well as how to address these problems. From the Task Force recommendations emerged The Mississippi Corrections and Criminal Justice Reform Act of 2014 which improves the state’s public safety system by holding serious offenders accountable while reducing costs.

One of the main benefits of the law is that it makes the criminal justice system more efficient. The legislation does this in a number of ways including the use of alternative sentences like treatment for drug users and programs that emphasize effective community supervision over incarceration for low-level offenders. (the ALEC model policies on Swift and Certain Sanctions and Earned Compliance Credit provide similar solutions). This will help Mississippi reduce its recidivism rate – the rate at which offenders return to prison – which has increased greatly over the past several years and will result in better long term outcomes for nonviolent criminals. These reforms also lower sentences for small property and drug crimes, while cracking down on more serious offenses like drug trafficking. Prioritizing the most serious crimes maximizes the benefit to the public while lowering the amount spent on low-level offenses.

The legislation also creates an oversight infrastructure to ensure that these measures promote public safety and efficiently use tax payer money. The Oversight Task Force will measure the effectiveness of the act by monitoring recidivism rates and corrections expenditures and making annual recommendations. Additionally, the legislation requires a fiscal note for any new legislation that would establish a new criminal offense or would amend the sentencing provisions on an existing criminal offense.

Public safety is one of the most important responsibilities of state governments, and an effective criminal justice strategy is one that makes the best use of taxpayer dollars while protecting communities. The Mississippi Corrections and Criminal Justice Reform Act takes several important steps towards that goal by giving judges more flexibility, ensuring that violent offenders are punished, and providing much needed oversight.