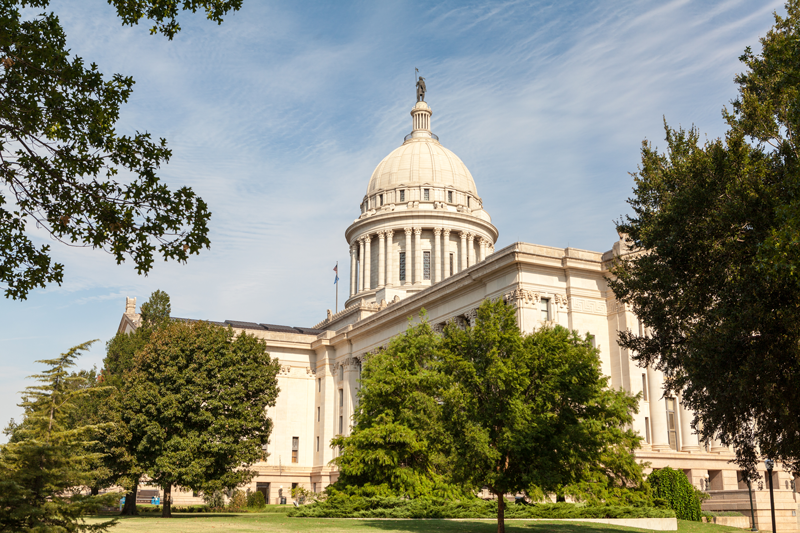 Wednesday, the Oklahoma legislature passed HB 1518, which allows for judicial discretion to depart from mandatory minimum sentences for certain low-level offenders in specific circumstances. HB 1518 safely reduces prison overcrowding and prioritizes resources for violent offenders by allowing the court to modify the mandatory minimum sentence of a nonviolent offender in the event the sentence is found to be unjust or unreasonable.

In many nonviolent cases, mandatory minimums are unnecessary for public protection yet exhaust valuable prison space and resources. HB 1518 provides a safe alternative to the status quo and offers much needed judicial discretion to deviate from pre-established prison sentences when it is determined they will lead to a miscarriage of justice.

For example, Mandy Martinson is serving 15 years for assisting her drug-dealing boyfriend. Mandy was released on bond prior to her trial and entered into drug treatment. By the time her trial arrived she had successfully achieved sobriety and gone back to work as dental hygienist. At her sentencing, the judge stated, “The Court does not have any particular concern that Ms. Martinson will commit crimes in the future.” Yet, due to inflexible mandatory minimum sentences, the judge had no choice but to sentence Ms. Martinson to a 15-year sentence.

Had the judge been granted discretion in the case of Ms. Martinson, she could have sentenced the defendant to a shorter prison term if she determined that Ms. Martinson was not a risk to the public, thereby using fewer resources and saving taxpayer dollars, while keeping the community safe.

Instead of throwing more dollars at corrections budgets to increase prison capacity for nonviolent offenders, HB 1518 will help Oklahoma deliver the most public safety per tax payer dollar. Because providing for public safety is of utmost importance, this legislation does not eliminate or prevent a judge from imposing a mandatory minimum sentence. It also does not allow a judge to depart from the mandatory minimum in cases involving violent or sexual offenders.

Safety valves continue to hold offenders accountable while reducing overcrowding in prisons and ensuring criminal justice systems are more cost-effective and results-driven. Because of this, Oklahoma joins other states such as Connecticut, Florida, Hawaii, Maine, Montana, New York and Oregon in increasing judicial discretion regarding certain mandatory minimums.