Sights are set on Plastic Bags

The question cities and counties hear more often these days from the environmental lobby doesn’t necessarily involve renewable energy policy. Rather, a growing movement is building aimed squarely at a municipality’s policy on plastic bags. 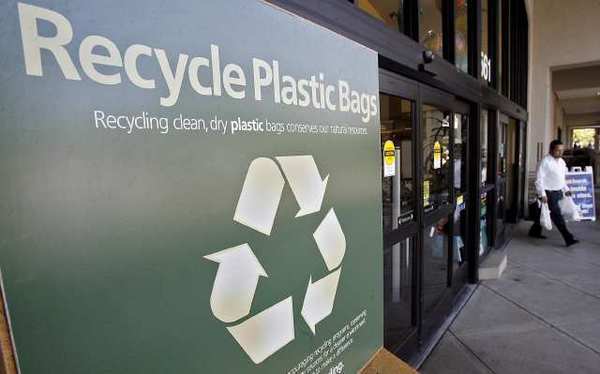 Think you’re green? Not unless you ban or tax the common plastic bag that consumers use every day to carry their groceries, among other things.

From California to Rhode Island, municipalities are considering – or have enacted – plastic bag bans or fees on consumers at the register when making a purchase.

Reasons given for such restrictions to consumer choice are plenty, but the most common is that plastic bags are not recyclable (patently false), they take an excessive amount of natural resources and energy to manufacture (not true compared to alternatives) and they are the main culprit contributing to litter (another misconception).

The truth is that plastic retail bags are 100 percent recyclable. You may have even deposited your bags or plastic wraps in the bins increasingly popping up outside grocery stores, for instance, which bag producers pick up and recycle.

Plastic bags are an environmentally friendly choice at the checkout, as the vast majority of plastic retail bags are made in the United States using high-density polyethylene (HDPE), a byproduct of natural gas, not oil. Additionally, plastic retail bags make up less than 0.5 percent of the U.S. municipal solid waste stream, according to the EPA.

So why all the controversy? Many cities point to the cost of cleaning bags up from roadways and disposing of them as a plausible financial incentive for a ban or tax, which, if true, would at least be a legitimate point of debate.

A report released in December 2013 by Sterling Burnett at the National Center for Policy Analysis (NCPA) studied closely that very claim. After examining budgets for litter collection and waste disposal in cities that had bag bans in effect, including San Francisco, San Jose, and the County of Los Angeles in California; Washington, D.C., and Brownsville and Austin, Texas, Dr. Burnett found “no evidence of a reduction in costs attributable to reduced use of plastic bags.”

“In the cities that have adopted bag bans, fees or taxes, there is little evidence so far that banning or taxing plastic bags will reduce waste disposal costs and save money. Those who make this claim must provide evidence to back it up, but they have rarely attempted to do so, and when they have, the evidence has proven questionable at best.”

Yet despite such empirical evidence, the environmental lobby will not cease in their efforts. Every day there is news of another potential ban or tax on plastic bags in one part of the country or another. Thankfully, however, the common sense of the people – and yes, even legislators – often prevails.

Most recently, the Baltimore City Council in Maryland voted down a proposed 10-cent bag fee in January, rightly citing the costs it would add to both residents and businesses. Still, there are other examples like the state of California, which is foisting a statewide ban on plastic bags in the name of environmental righteousness – despite all the evidence contrary – that will only burden the strapped residents of The Golden State even further.

Even the latest California bill, SB 207, appears a “compromise,” but what those pushing it neglect to point out is that it still bans the 100 percent recyclable plastic bags that 2,000 Californians work hard to produce. It replaces them with plastic bags that are five times thicker – as if forcing people to use a much thicker plastic bag is going to be better for the environment.

No matter where you reside, a ban or tax could be coming to a neighborhood near you. Remember the evidence, and reject any measure banning plastic bags, which puts jobs at risk and targets a single product and industry.