This morning, President Obama visited a federal prison in Oklahoma and remarked about the need to reform America’s criminal justice system.

Before flying to Oklahoma, President Obama said the following:

“I tend not to have a lot of sympathy when it comes to violent crime,” he said. “But when it comes to nonviolent drug offenses, is there work that we can do to reduce mandatory minimums, create more diversion programs like drug courts?”

“Can we do a better job on the rehabilitation side inside of prisons, so that we are preparing these folks who are eventually going to be released to re-enter the work force? On the back end, are we doing more to link them up with re-entry programs that are effective?”

The President’s remarks follow the introduction of a number of bipartisan criminal justice reform bills in congress, including the Smarter Sentencing Act by Senators Mike Lee and Dick Durbin and the SAFE Justice Act by Congressmen Jim Sensenbrenner and Bobby Scott.

These federal reforms are similar to ALEC model policies and to legislation that has been enacted in the states.

To date, a majority of states have enacted evidenced-based criminal justice reforms aimed at reducing recidivism and focusing resources on high-risk violent offenders. 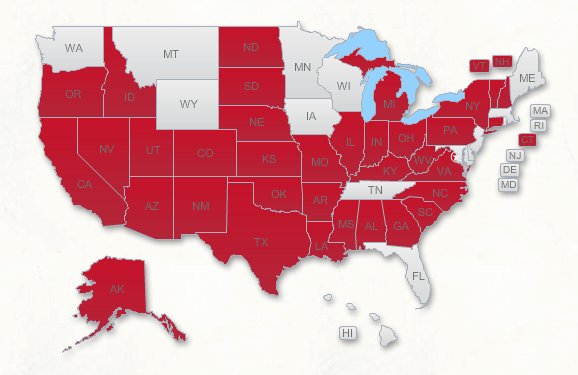 The greatest reforms have taken place in conservative states like Texas, Georgia, and most recently Utah.  Instead of continuing to throw money at their criminal justice system and get the same failing results, a bipartisan group of lawmakers instituted reforms that called for accountability, not only from criminal offenders, but also for taxpayer dollars.

After watching their prison population grow uncontrollably, in 2007 the State of Texas implemented reforms aimed at reducing recidivism. Texas implemented graduated sanctions for those who violate the conditions of their community supervision and they improved treatment for individuals with substance abuse and mental health issues. Texas lawmakers realized that drug and alcohol addiction are often the core reason individuals commit crime in order to gain money to feed their addiction. In many cases, treatment instead of incarceration is the correct answer.

As a result of their reforms, Texas now has their lowest crime rate since 1973 and saved $2 billion by not having to build two new prisons.

In Georgia, Governor Nathan Deal has been a strong advocate for criminal justice reform. In 2012, Georgia implemented a number of reforms, including revising mandatory minimum sentences, revising drug and non-violent sentences and reforming parole and probation programs.

The states have been functioning as a laboratory for democracy and have proven that smart criminal justice reforms can succeed in reducing crime and saving taxpayer dollars –now it’s time for the federal government to follow the states’ lead.