If one were to spend much time listening to what some environmental groups say, they would likely be quick to think environmental quality is rapidly declining and the world population is using natural resources at growing, unsustainable rates. Perhaps unsurprisingly, these doom and gloom predictions rarely acknowledge the tremendous progress that innovating free markets have made in using natural resources as efficiently as possible.

Let’s take a closer look at some good news.

The United States collectively uses less water today than it did in 1970, a significant figure given that the U.S. population has increased by roughly 60 percent over the same period of time – 200 million water consumers in 1970, compared to 320 today. While irrigation and the electric power sector use the most water, various innovations across industries have drastically reduced the consumption of water needed. One such innovation would be dry cooling towers that use air rather than water to cool power plant equipment. In agriculture, widespread use of drip irrigation systems is also saving large amount of water. 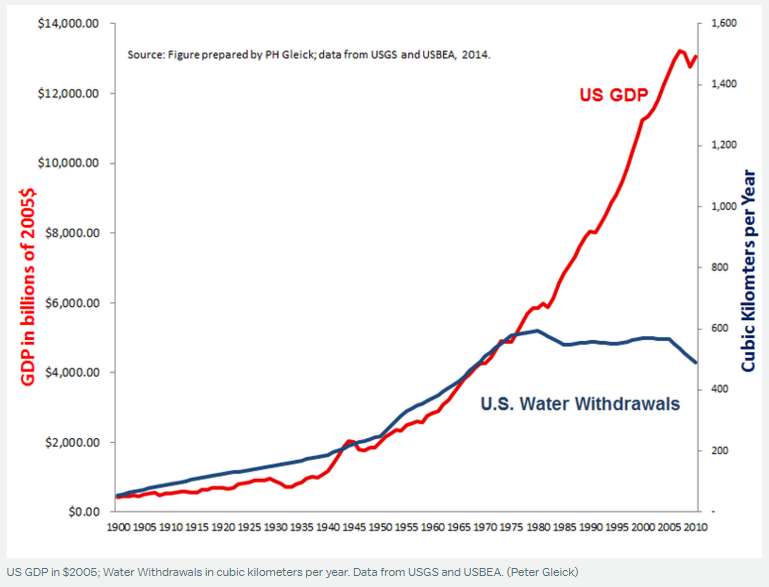 Similarly, air quality is the best it has been in decades. Since 1980, aggregate national emissions of six of the most common air pollutants (collectively referred to as “criteria pollutants”) have dropped by an astounding 63 percent. During this same time period, national gross domestic product has increased by 147 percent! Emissions of carbon dioxide and overall energy consumption have also been on a downward trajectory from their peak, despite an increasing population and greater economic activity. Incredible breakthroughs in technology coupled with sensible environmental regulations have afforded the U.S. with some of the cleanest air in the world post-Industrial Revolution. 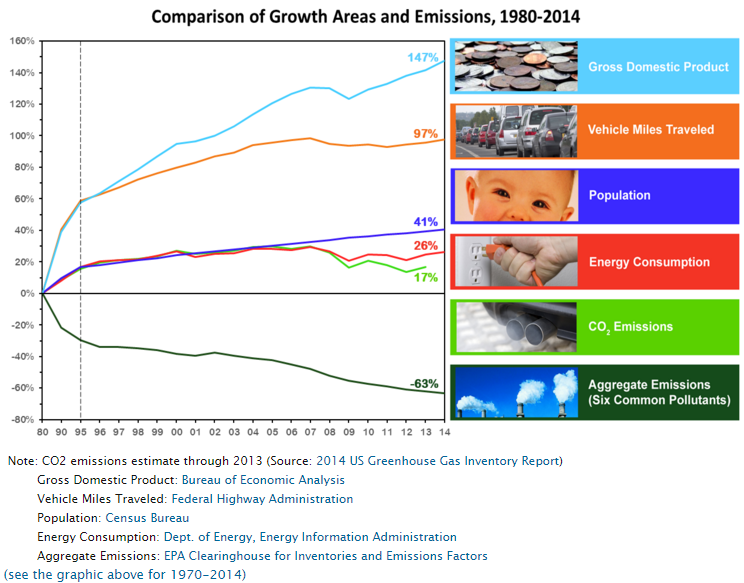