State Legislator of the Week: Defending and Protecting our Constitution 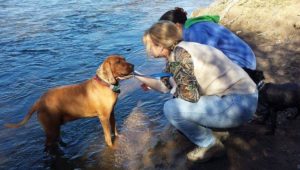 This week, ALEC and FreedomWorks introduce Arizona State Representative Kelly Townsend. Representative Townsend grew up in Oregon and later joined the Navy as an aircraft mechanic. Following the Navy, she had a career in Corporate Management, in health care as a Birth Doula and as a small business owner. Kelly returned her family to Arizona in 2004 to raise the children and finish her degree. She earned her Bachelor’s of Science in Human Communications and her Master’s Degree in Infant & Family Practice at Arizona State University. She is an accomplished author with books published in the USA, Croatia, and Slovenia.

As a veteran, I took my oath to the Constitution very seriously and felt as though it was time to once again serve in a capacity where I could do just that.  The rights and protections the Constitution affords the people in my district are the foundation of this country and I felt called to office in order to strengthen and defend them.

I am very proud of Arizona and I believe the growth we are experiencing is due to good fiscal policy, the protection of individual rights, and the ability for our citizens to prosper.  As with any state, there are opportunities to grow and we continue to address policy that will help us do that.  I believe we continue to improve upon the school choice issue, where parents have a great deal of control over where their kids go to school.  I believe we can continue to grow in this area and that at the Legislature we have made that our priority for several years in a row.  I believe we continue to have an issue with our Department of Child Safety in regard to the 4th amendment protections of our children and their parents, yet I am pleased that we are beginning to streamline the operation of that agency and look forward to seeing further improvements.  Therefore I will answer that I believe children are at the center of our concern, both in the educational realm as well as in regard to social services.

I would like to see Federal lands given to the State of Arizona, as agreed upon in the Enabling Act.

By far and away, the passing of the resolution calling for an Article V convention of states.  Equivalently, I am proud of the Phoenix BBA Planning Convention held at the Arizona House of Representatives last September, 2017.  We had a great team and the convention was more successful than I could have dreamed.

Definitely ALEC has helped in networking with Legislators from other States.  I believe as we return to the model of States getting together in the capacity of a convention, those relationships will be important.

I remember with great joy my time in the Navy as an aircraft mechanic on the F/A18 Hornet for four years in Point Mugu, CA.