Vermont’s Soft Drink Tax Is a Nightmare for Small Businesses 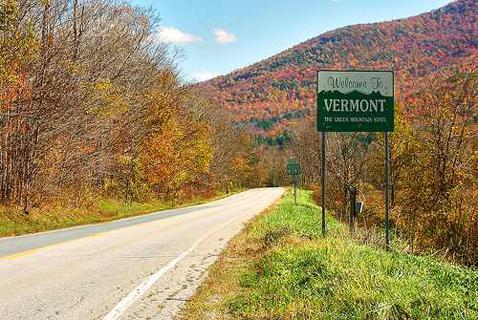 Vermont consumers have an unwelcome surprise at the cash register: a new six-percent sales tax on their favorite soft drink. This session, Vermont passed $63 million in new taxes, including the soft drink tax, which imposes a heavy compliance cost on small business.

Even more worrisome, the Vermont Department of Taxation has a very confusing definition of which soft drinks fall under the new tax. For example, the department explains that taxable drinks include natural or artificial sweeteners. However, if the drink contains milk, milk products, milk substitutes, or more than 50 percent of vegetable or fruit juice by volume, or if it is a beverage powder, then the drink is exempt from the tax. Under these puzzling rules, sugary drinks such as Frappuccinos and Kool-Aid are not taxable, while Pedialyte and tonic water are subject to the new tax. Jim Harrison, president of the Vermont Retailers and Grocers Association explained, “I had a call from a legislator this morning saying, ‘I thought we passed a soda tax.’ Well, you didn’t pass a soda tax; you passed a soft drink tax, and the definition is anything but a soda.”

As a result, the beverage tax places a heavy compliance burden on small businesses. Unlike large grocery store chains, mom-and-pop stores often do not have sophisticated computer inventory systems and instead must often rely on staff as the inventory system. To ensure compliance with the new law, these stores are left to follow the less-than-helpful advice from the Vermont Department of Taxation, which says the best way to ensure compliance is to painstakingly review each beverage’s nutritional label to determine which are taxable. This headache-inducing process can take a considerable amount of time and is prone to error. Vermont Tax Commissioner Mary Peterson even acknowledged that some customers could have been mischarged because of this process. As Pam Trag, owner of Quality Market in Barre and Hardwick Village Market described, “It’s just been a nightmare. It’s been very confusing.”

The new tax makes it even more difficult for Vermont to compete with neighboring New Hampshire, which does not levy a sales tax. The Live Free or Die State also does not levy a tax on personal income, while Vermont levies one of the highest marginal personal income taxes in the nation. While more than 20 governors recognized the economic benefits of tax reform and proposed tax relief this year, Vermont continues to move in the wrong direction. The state’s tax and spend policies have caused the state to rank nearly dead last in the nation for economic outlook, according to the 2015 Rich States, Poor States ALEC-Laffer State Economic Competitiveness Index rankings. Clearly, Vermont’s small businesses cannot afford yet another tax headache on consumers and businesses.