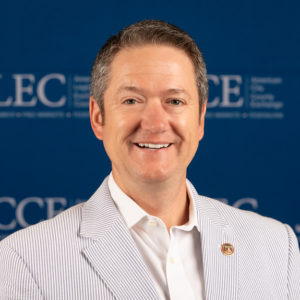 After being term-limited, Tim entered the private sector, where he currently serves as Chief Communications Officer for the St. Louis based First Rule Media Network, one of the boldest, most rapidly expanding media and government affairs companies in the nation. Tim has become a significant media presence as a host, political analyst, contributor and commentator in the television, radio and digital online media worlds. Tim is the host of “The Tim Jones Show” on St. Louis’ Fox News Radio affiliate, KFTK FMNewsTalk 97.1 and serves as a sub-host and contributor on The Marc Cox in the Morning Show, The Annie Frey Show, and The Randy Tobler Show and as a contributor on The Dave Glover Show and The Mark Reardon Show.   Tim also makes appearances on national and local television, on national online digital media outlets and continues to write for various online publications including The Missouri Times where he serves on the Op-Ed Board.

Tim began his career as a prosecuting attorney before transitioning to private practice. He served as President of the Board of Aldermen on his city council and then as Majority Leader and Speaker of the Missouri House of Representatives, before beginning his current career in media and issue advocacy.  Tim resides in Eureka, Missouri with his wonderfully brilliant and ever-patient wife, Suzanne, and their two very energetic daughters, Katie and Abby.