A number of states, including, Montana, New Mexico and Nevada, recently passed reforms to their civil asset forfeiture laws. Civil asset forfeiture starts with the seizure of property by police that is alleged to have been part of a crime. The second step is for the property owner to enter civil court to litigate the “guilt” of his property.

During the 1980s, Congress expanded the use of forfeiture for the purpose of going after economic gains from the distribution of illegal drugs, but unfortunately law-abiding citizens have gotten caught up in the process. One of the many problems with civil forfeiture is the property owner must litigate the “guilt” of his property, independent of criminal prosecution.  In some states, the burden of proof is on the citizen to overcome a presumption that the property is “guilty.” This is very different from criminal prosecution in which a person is presumed innocent and the government must prove his guilt beyond a reasonable doubt.

Many people have suffered as a result of civil forfeiture, as their property was seized and they subsequently lost it through forfeiture. Take, for example, Joseph Rivers, a 22-year-old who was driving across the country to pursue a career as a music video producer. Joseph and his mother put together their savings totaling $16,000, but unfortunately Joseph was pulled over by the police and all of his money was seized. Joseph was never criminally charged, and without money, had had to put his dream on hold. Read more here: http://www.theatlantic.com/politics/archive/2015/05/the-glaring-injustice-of-civil-asset-forfeiture/392999/

The ALEC Asset Forfeiture Process and Private Property Protection Act ends civil forfeiture and replaces it with criminal forfeiture; this requires a person be convicted in criminal court as a perquisite to losing property through forfeiture. One of the main balances ALEC members hope to strike is to protect the liberty and property of citizens from wrongful forfeiture, while also allowing law enforcement to seize items actually used in crimes. ALEC is listed as a supporting organization on a new Heritage Foundation publication, “Arresting Your Property: How Asset Forfeiture Turns Police into Profiteers.”

Montana recently enacted legislation that begins to take steps toward fixing the state’s current forfeiture laws. The new law includes: requiring a criminal conviction before forfeiture of property, prosecutors must prove by a “clear and convincing” standard that the property was tied to criminal activity, and finally shifts the burden of proof to the government when your property is seized because of a crime committed by someone else. This means that if your friend takes your car without permission and police seize it while your friend is joy riding, you have a much better chance of getting it back from police. Read more: The Daily Caller

The biggest reform this year took place in New Mexico in which the state adopted nearly every feature of the ALEC model policy. Having ended civil forfeiture and replaced it with criminal forfeiture, the state now requires a person to be first charged and convicted of a crime.  If convicted, the same jury and judge then determine if the property is an instrument or the proceeds of a crime. New Mexico joins North Carolina as the only states that have banned civil forfeiture. Moreover, the New Mexico legislature ended law enforcement’s profit incentive, and all proceeds from the sale of forfeited property go to the state general fund instead of police departments’ budgets. In 42 states, police departments can keep the profits from sold assets or they can even keep and use assets like cars and boats (see The Institute for Justice). The federal government has also been incentivizing local police forces to use asset forfeiture by providing them part of the profit. 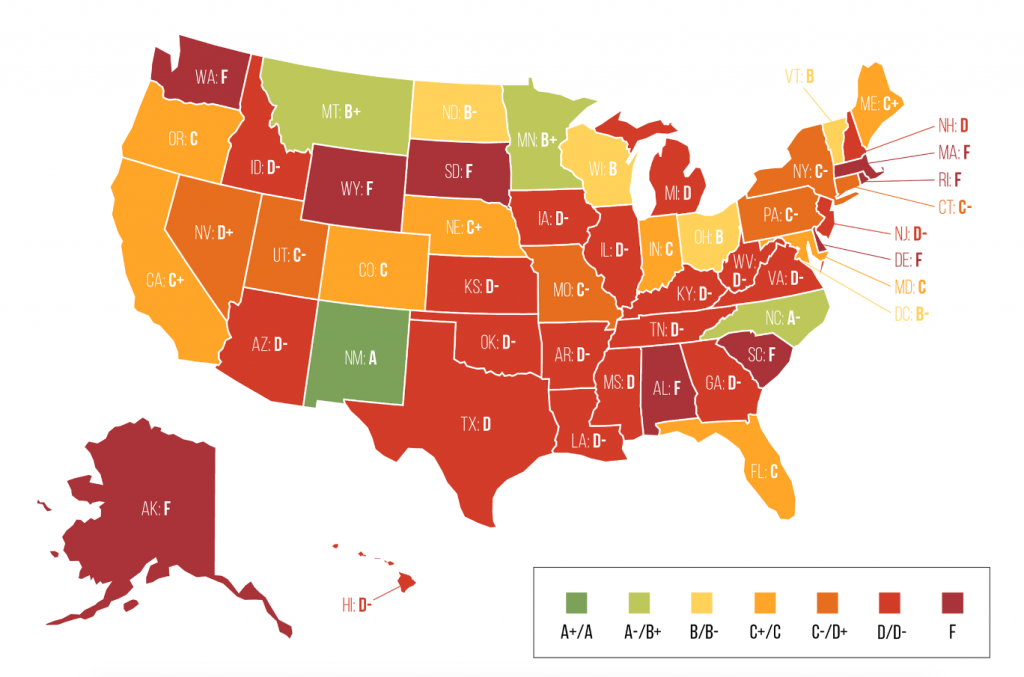 Asset forfeiture reform still has a long way to go, but a number of state lawmakers have realized the need for reform in order to protect personal liberties and property rights.