Earth Day was first observed on April 22, 1970 as the brainchild of former Sen. Gaylord Nelson (D-WI). One of the leading proponents of environmentalism and conservation at the time, Sen. Nelson envisioned Earth Day as an “environmental teach-in” that would generate popular support for an environmental agenda. Modeled on the anti-war teach-ins of the gloomy Vietnam era, over 20 million people participated in the inaugural Earth Day. Ever since, Earth Day has been a largely somber event sounding the alarm on impending environmental doom.

Instead of merely generating awareness of the environmental problems we face, Earth Day should be a celebration of the wonderful achievements the U.S. has made in improving air and water quality. Although there will always be areas for improvement, overall environmental quality has improved significantly. Technological improvements, wealth generation and sensible regulations have led to some of the cleanest air and water in the world.

Sadly, this story goes largely untold, yet it is probably one of the greatest success stories of our modern age. 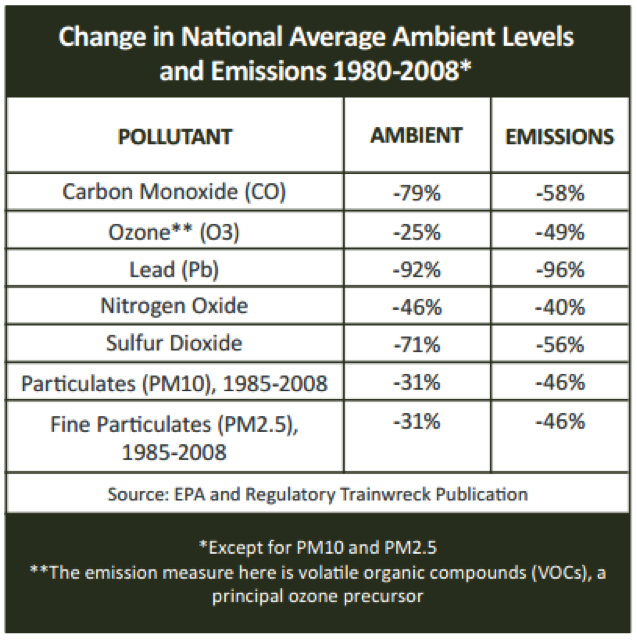 As we wrote about in our 2012 publication Economy Derailed, traditional pollutants have been on the decline for decades and continue to go down. According to the U.S. Environmental Protection Agency (EPA), between 1980 and 2013, gross domestic product (GDP), population and energy consumption increased by 145, 39 and 25 percent, respectively. During that same period of time, emissions of the six criteria pollutants (e.g., carbon monoxide, ozone, lead, nitrogen oxide, sulfur dioxide and particulate matter) dropped by an average of 62 percent.

Energy-related emissions of heat-trapping carbon dioxide have also been on a downward trajectory since 2005 and are nearing mid-1990s levels. Most have pointed to the recent fracking boom and utilities opting to generate more electricity from cheap natural as the primary driver for this trend. 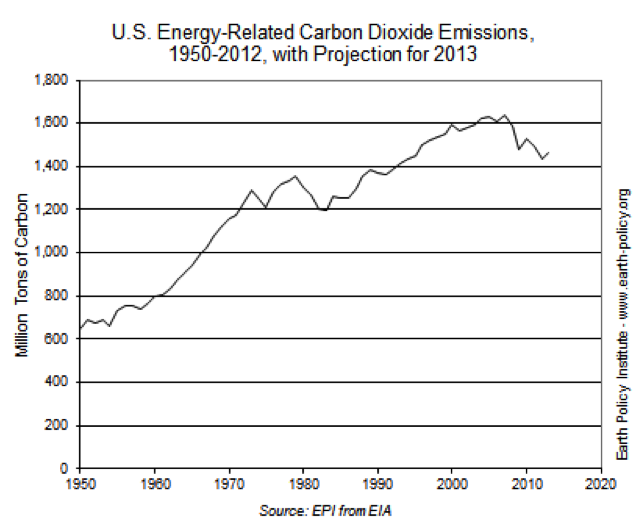 There will always be room for continued improvement, but these environmental achievements should be roundly celebrated. Instead of resigning ourselves toward a future of inevitable environmental degradation, we should be optimistically encouraged by the fact that technological improvements and wealth generation will continue to provide us with some of the cleanest air and water in the world.