As we enter the last several months of the Obama presidency, every indication suggests that the current Environmental Protection Agency (EPA) is going to go out with a bang.

In what has become the latest battleground in the agency’s ongoing “Regulatory Train Wreck,” EPA on Thursday released the first-ever federal regulations targeting methane emissions in the oil and gas industry. These final rules come after a proposed rule calling for a 40 to 45 percent industry-wide reduction in methane emissions was released in August of last year.

The new rules only apply to newly drilled wells and require petroleum companies to install new monitors to detect methane emissions during the production and transmission of oil and natural gas. According to EPA, compliance costs are estimated to reach $530 million annually by 2025, roughly 25 percent more expensive compared to the proposed version of the rule.

EPA has long expressed an interest in regulating such emissions, since methane is significantly more potent than carbon dioxide in terms of trapping heat in the atmosphere. Although this precise figure is highly debated, EPA pegs it somewhere between 28 and 36 times greater over a 100-year period.

Notably, despite the increased domestic production of oil and natural gas largely due to advances in hydraulic fracturing and horizontal drilling technologies over recent years, national methane emissions have fallen by roughly 11 percent in recent years. Furthermore, according to the American Petroleum Institute, methane emissions specifically at hydraulically fractured natural gas wells have fallen by 79 percent since 2005. These improvements have come as a result of existing regulations and industry innovation. 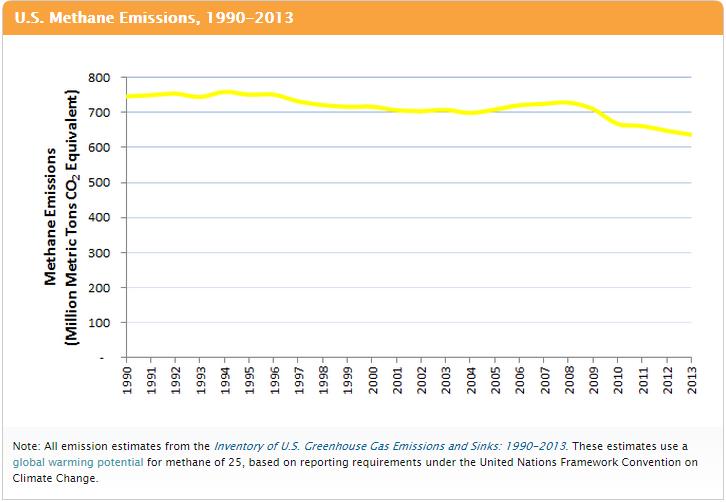