When the Patient Protection and Affordable Care Act (PPACA) became law, supporters claimed it would lower costs for families and businesses.

Over three years later, evidence to the contrary abounds. In a report released last week by the U.S. House Energy and Commerce Committee, “The Looming Premium Rate Shock,” major health insurers predicted the PPACA will actually lead to substantially higher health premiums for families and businesses.

The report indicates that new individual market customers could face, on average, a 96% increase in premiums. This would cause average yearly premiums to nearly double from $1,896 to $3,708, placing great strain on many American families. Residents of the majority of states would be impacted by the increases, with one national health insurer predicting: “individual consumers in about 90% of all states would likely face significant premium increases.”

Despite early claims the PPACA would lead to lower health costs, the health insurance industry’s data suggests otherwise, with an insurer estimating, “Only consumers in 5 states [are] likely to see decreases.”

For state-by-state projected premium increases, see data from the report below. 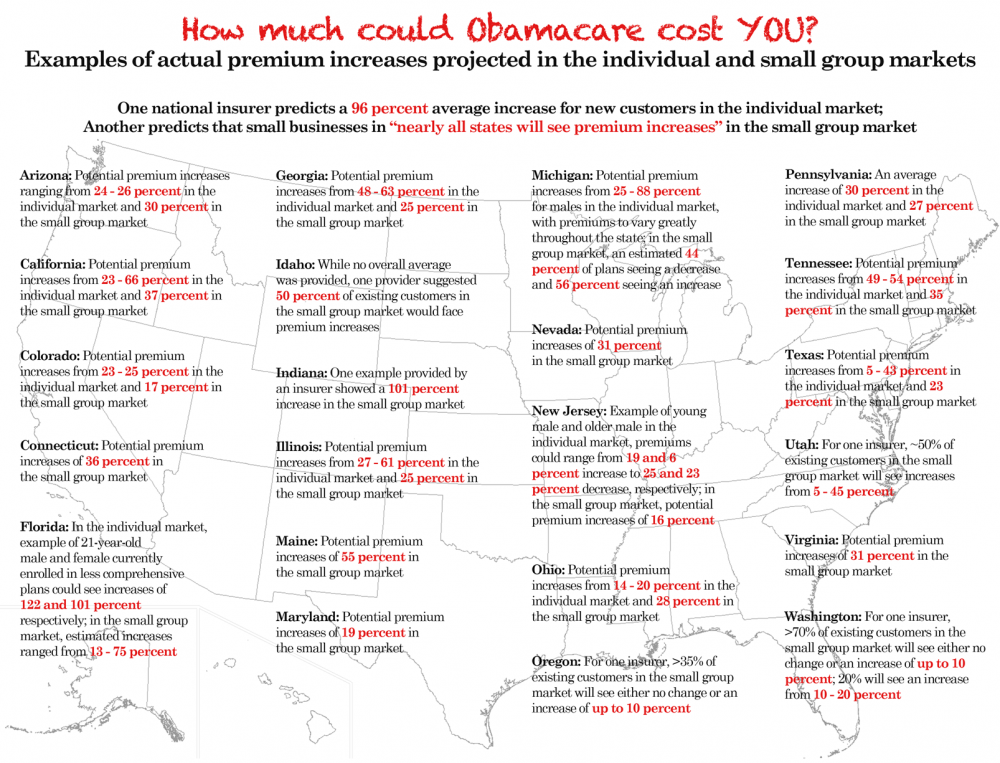