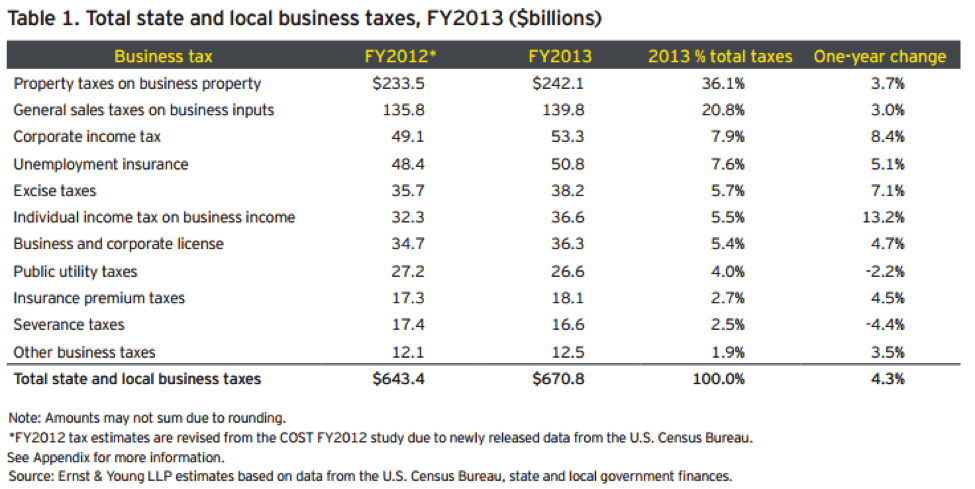 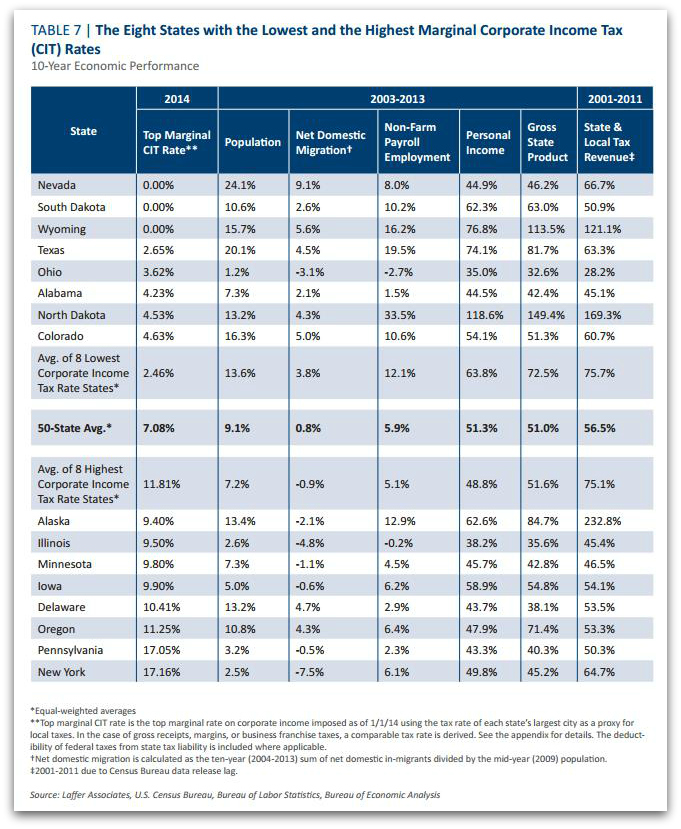 Although corporate income taxes are important in terms of economic growth, the most burdensome category of taxes paid by businesses is actually property taxes on business property. In fact, according the report on State and Local Business Taxes, this category is more than four times more burdensome for businesses than traditional corporate income taxes. For this reason, there have been a number of states examining these taxes and taking steps to reduce this burden on state businesses. Idaho and Montana are two states that we highlighted in last year’s Tax Cut Roundup that have taken steps to specifically address this business tax burden.

For states to realize their full potential for economic growth policymakers should cultivate an economic policy climate that makes it easy for individuals and businesses to save, invest, and grow.