On Saint Patrick’s Day, U.S. Has Much to Learn From Ireland

While Saint Patrick’s Day gives people all over the world a reason to be Irish for a day, it might be better for the United States to move permanently ‘Irish’ when it comes to corporate income tax rates. The United States currently has the highest corporate income tax rate in the developed world at 35 percent federally, and reaches almost 40 percent once the average state corporate income tax rate is included. By contrast, Ireland maintains a top statutory rate of just 12.5 percent, less than a third of the top U.S. rate. This competitive, pro-growth corporate income tax rate has certainly paid off. Ireland’s economy struggled during the past few years, due mainly to an economically depressed Eurozone that reduced demand for Irish exports, but is now making a come-back. Ireland experienced 7.7 percent growth in Gross Domestic Product (GDP) during the second quarter of 2014 from the second quarter of 2013. This high growth rate was achieved while the Eurozone as a whole saw little or no growth in GDP. These figures have led some to estimate that the Irish economy could grow by as high as 5 percent in 2014. 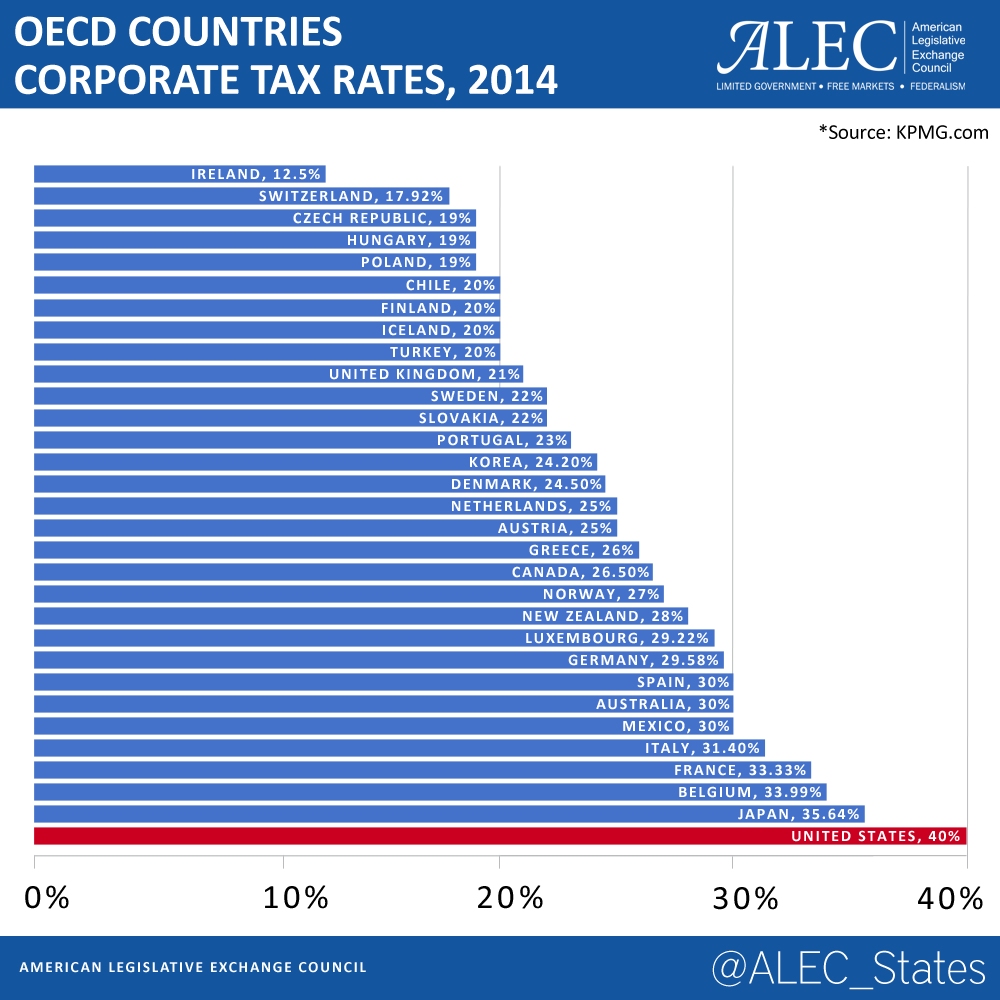 In an increasingly globalized economy in which capital and labor is more mobile than ever, it should not be surprising that the low corporate income tax jurisdiction of Ireland is an attractive place for companies to do business. Many U.S. companies do business in Ireland through subsidiaries and contribute to its economy rather than declaring that income in the United States. In fact, some of Ireland’s largest corporations are U.S. subsidiaries, owned by companies like Microsoft and Oracle.

When thinking about Saint Patrick’s Day and everything Ireland has to offer, the Irish model of a more competitive, pro-growth corporate income tax is among its greatest economic features.