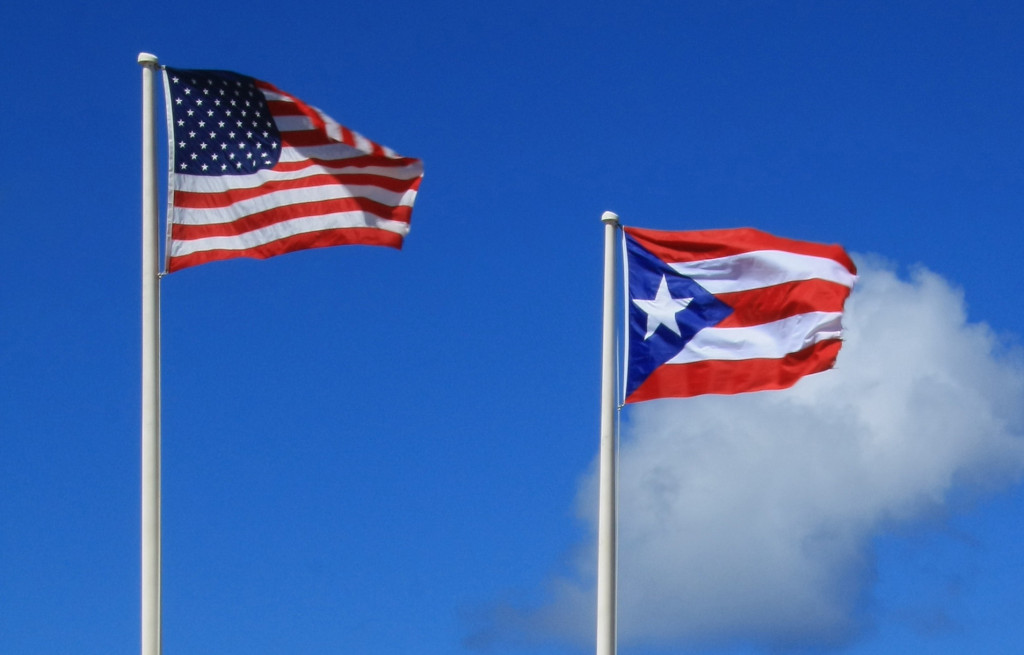 On August 3rd, Puerto Rico failed to pay $58 million to its Public Finance Corporation creditors. Nearly a month earlier, ALEC Tax and Fiscal Policy Research Analyst William Freeland laid out the situation in Puerto Rico, the states, and the steps for reform.

The U.S. territory has amassed a staggering $72 billion in debt, more than every state except New York and California, which each have more than five times as many residents. That level of debt is equivalent to 70 percent of the island’s economic output, surpassing its nearest competitor by 50 percentage points. Bloomberg Business, using Moody’s Investors Service data, shows the stark realities of the debt crisis when illustrated in per person terms in the chart below: 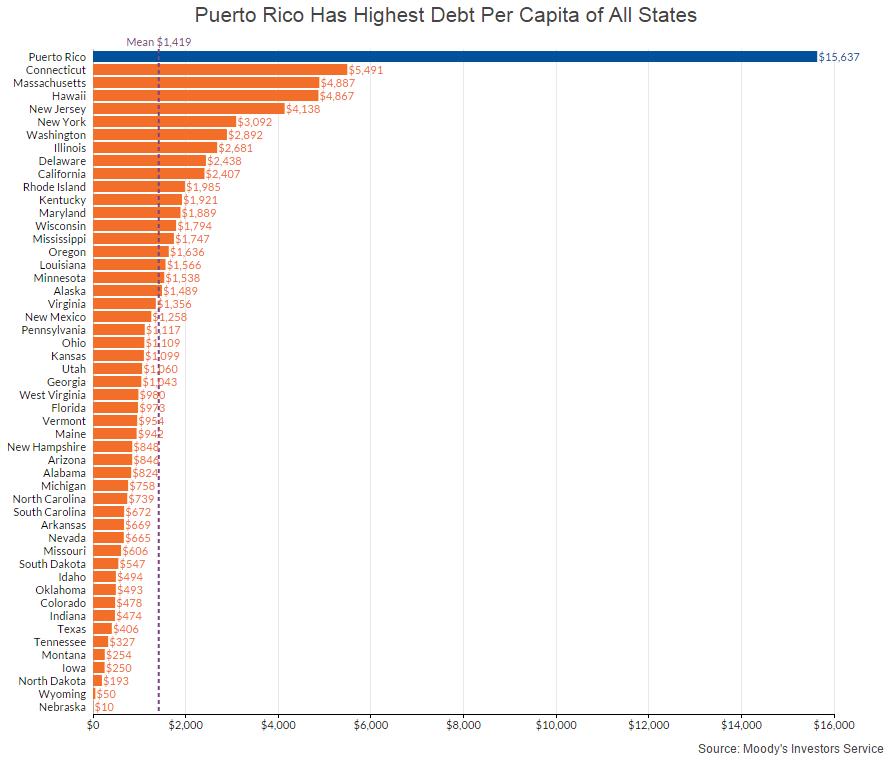 Even compared to many U.S. States facing relatively serious debt crises, Puerto Rico is in a far more dire situation. Pedro Pierluisi, the territory’s resident commissioner to Congress, is advocating for a reconsideration of an existing statute that prevents the territory from filing for Chapter 9 bankruptcy, even though U.S. cities have that option. This development comes as states like New Jersey and Illinois, facing persistent budget shortfalls and mountains of pension debt, are quietly beginning to ask for federal bailouts or opportunities to restructure in bankruptcy.

Puerto Rico’s economy has been in decline since 2006, when tax breaks for corporations on income produced in U.S. territories  expired, prompting many businesses, most notably the pharmaceutical industry, to flee the island. This overall decrease in economic opportunity led many of the island’s residents to relocate to states with a better job market, like Florida. As such, the island’s population has dropped 4.7 percent since 2010, whereas the rest of the United States has grown 3 percent.

Due to the shrinking tax base, the island government increased borrowing to continue generous public benefits like hiring 40 percent more public school teachers despite a 10 percent decline in the student population, unsustainable subsidies for higher education and excessive Medicaid payouts. Further hindering economic opportunity, businesses in Puerto Rico are required to pay the U.S. minimum wage of $7.25, which makes it difficult to compete with the surrounding islands where typical wages are much lower. A $7.25 minimum wage is roughly 77 percent of median wages in Puerto Rico. The relatively high minimum wage has the greatest impact on lower skilled workers, contributing to the territory’s 12 percent unemployment rate and breathtakingly low 40 percent labor participation rate, compared to 63 percent in the mainland United States on average. Other regulations like the Jones Act, which restricts domestic trade within the United States, have harmed Puerto Rico’s economy as well.

The island government was able to finance all its debt through the sale of bonds. Puerto Rican debt was attractive to investors because it, unlike most other government bonds, is exempt from federal, state, and local taxes. Investors also viewed Puerto Rico as a safe investment because it is legally barred from filing for bankruptcy, similar to state governments. All of these assumptions collapsed, however, when the commonwealth defaulted on its first debt repayment in August.

Ultimately, Puerto Rico’s fiscal woes cannot be solely blamed on the mainland. Economist Anne Krueger and her co-authors detail Puerto Rico’s fiscal scenario in a report that notes frequent revenue overestimation, overspending, numerous public industries, and slow economic growth. Much of that slow growth can likely be attributed to its stifling economic climate, which ranks 47th globally, compared to 7th, place for the United States in the World Bank’s Doing Business Index. The chart below places Puerto Rico’s Doing Business Index score in context, from that same Anne Krueger report:

Now, Puerto Rico and some members of Congress are scrambling to resolve the crisis by changing the law to allow the territory to file for Chapter 9 bankruptcy under the Puerto Rico Chapter 9 Uniformity Act of 2015. This would allow for government entities like the Puerto Rico Electric Power Authority to reorganize under the protection of bankruptcy court. If these reforms are enacted, however, creditors who purchased bonds with the expectation that Puerto Rico would remain legally prohibited from filing for bankruptcy would be left with tens of millions of dollars of financial losses in unpaid debt payments.

A substantial problem with this measure is it may signal to creditors how the federal government would treat a state reaching a moment of fiscal reckoning with debt. Moreover, if states are barred from municipal bankruptcy, and Puerto Rico enters bankruptcy, the move may hamper the territory’s ambitions to be admitted as the 51st state of the United States. For that reason, some are pushing for Congress to fundamentally deal with state and municipal bankruptcy as part of broader reform that establishes firm expectations for credit markets and state governments.

Puerto Rico’s reckless spending habits ultimately consign Congress to answer the question of who should carry the financial burden of the government’s outsized debt: the taxpayers or creditors.  Moreover, without substantial policy reform to regulatory policy and fiscal practices that improve growth prospects, no bankruptcy proceedings will be able to save Puerto Rico from continued decline.