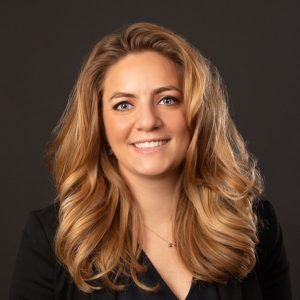 Gretchen Baldau serves as the Director of the Commerce, Insurance and Economic Development (CIED) Task Force.

As Task Force Director of ALEC’s largest task force, she covers issues as different as gig worker rights, zoning reform, and reforming the regulatory state. At ALEC, Gretchen previous served as the Manager of the CIED Task Force and as the Executive Assistant to ALEC’s CEO, Lisa B. Nelson. An alumnus of the Heritage Foundation’s Young Leaders Program, Gretchen’s initial professional years were spent in the hospitality industry. She worked at luxury resorts in Las Vegas and Auckland, New Zealand, where she catered to VIP guests including US presidential candidates, Hollywood celebrities, and New Zealand All Blacks athletes.

She graduated from the University of Dallas, where she earned an English degree and Phi Beta Kappa nomination, and when not trying to memorize DC’s abundance of acronyms, Gretchen enjoys reading, skiing, and cheering on the Las Vegas Golden Knights and New England Patriots.

ALEC Weighs in on The Illinois’ Workers’ Right Amendment: The Center Square

On Election Day, Conflicting Constitutional Amendments on the Ballot in Illinois and Tennessee