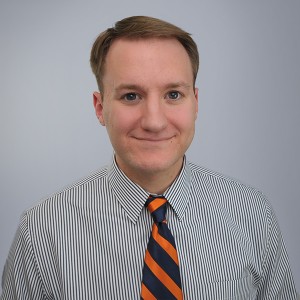 Joe Horvath formerly served as a Policy Analyst for the ALEC Center for State Fiscal Reform, where he researched pro-growth solutions to state tax and budget issues. While relatively new to the non-profit space, Joe is a tireless proponent of limited government and market-based reforms.

Prior to arriving at ALEC, Joe was as a Research and External Affairs Associate for the Institute to Reduce Spending, where he worked on issues including green banking, federal entitlement reform and wasteful discretionary spending.  Joe previously served as a law clerk for a Massachusetts law firm and provided representation and consultation to various small businesses in Connecticut and Massachusetts.

In 2012, Joe earned a juris doctorate from Western New England University’s School of Law in Springfield, Massachusetts, where he studied tax and business law.  It was during his studies at Western New England Law that he discovered a keen interest in policy research and legislative draftsmanship.

Joe also holds a master of business administration from Western New England University’s College of Business, which he completed in 2013.  In 2008, Joe completed two bachelor’s degrees in Philosophy and Religious Studies from Sacred Heart University in Fairfield, Connecticut.

Despite being a Connecticut native, Joe supports no New York or Boston area sports teams.  During his favorite season, autumn, he can be found hopelessly rooting for his Washington Redskins.  Joe has started a fire in his kitchen on more than one occasion, but hopes to someday become a nearly competent cook.  Joe has never met a dog he didn’t love and his perfect day involves taking a boat out to the open water to quietly read a good book.

Nickel and Diming Innovation to Death

An Outbreak of Fiscal Responsibility in the States

Are Millennials the Answer to Maine’s Declining Labor Force?