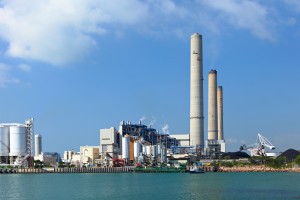 When talking about energy and environmental policy, it is a bit troublesome to watch just how recklessly big-government environmentalists unfairly and erroneously accuse individuals and organizations of the pro-free market persuasion of being “climate deniers.” Instead of engaging in thoughtful, substantive discussion, many of these environmental activists oftentimes resort to this tactic of public shaming in order to eliminate debate and to bully individuals and groups into supporting an ever-expansive federal regulatory scheme.

There is a key distinction between climate change denial and having major concerns with a proposed EPA regulation that would place a significant financial burden on the economy, grossly expand the power of the EPA at the expense of the states and threaten electric reliability while providing little in the way of environmental benefit. The ALEC precise position on EPA’s regulation of greenhouse gas emissions (or “Clean Power Plan”) from existing sources under Section 111(d) of the federal Clean Air Act is outlined in the ALEC model, Resolution Concerning EPA Proposed Greenhouse Gas Emission Standards for New and Existing Fossil-Fueled Power Plants.

A report published by the Institute for 21st Century Energy at the U.S. Chamber of Commerce outlines the stark economic impacts of the proposed Clean Power Plan. Between 2014 and 2030, the U.S. GDP will see an average annual economic loss of $51 billion, an average decline of 224,000 job losses per year, and an average annual loss of real disposable income topping $200. It is also likely that those families with low and fixed incomes with bear the greatest financial burdens associated with these proposed regulations.

The proposed Clean Power Plan also represents a significant change in the relationship between the EPA and the states in the environmental regulatory making process. William Yeatman of the Competitive Enterprise Institute has written extensively about this matter in a recently released white paper. Since the time of the New Deal, the regulation of retail electricity sales and local distribution has been a sovereign state function and the 1935 Federal Power Act limits the authority of federal regulators to “only those matters which are not subject to the regulation by the States.” The proposed Clean Power Plan radically alters this relationship. Furthermore, three of the four “building blocks” the EPA uses to determine each state’s proposed mandatory reductions reach beyond the “fence line,” a significant departure from how the EPA has long interpreted its authority under the Clean Air Act.

These reliability concerns may be best illustrated by the infamous polar vortex that defined this past winter. During the 2013 polar vortex, American Electric Power, one of the largest investor owned utilities in the U.S. with significant service areas in the Midwest, was running approximately 89 percent of their coal-fired generation capacity that is slated for retirement in 2015. Without these generating units available in the future, it may become incredibly difficult to meet peak demand coming as a result of extreme weather events.

Finally, and perhaps most significantly, for a proposed regulation aimed at addressing climate change, the Clean Power Plan leaves a lot to be desired. In neither the 654-page proposed rule nor the 376-page regulatory impact analysis does the EPA explain the climate benefits of the rule. Using the EPA’s own Model for Assessment of Greenhouse-gas Induced Climate Change (MAGICC) publicly available online, the Cato Institute determined that the future global temperature rise that would be averted by the proposed rule being implemented in its entirety would be roughly 0.018 degrees Celsius by 2100, an amount so small that it would largely be undetectable.

In short, the proposed Clean Power Plan for existing sources would offer little gain for a whole lot of pain. A simple cost benefit analysis can lead one to legitimately conclude that the proposed Plan in its current form may not make a great deal of sense since it would probably lead to more harm than good. To be sure, this calculus has absolutely nothing to do with denying the existence of the greenhouse effect or the role that humans have in affecting the climate. On the other hand, it has everything to do with ensuring that individuals and families are able to maintain their current standards of living.