Earlier this month, the U.S. Supreme Court made major headlines when it elected to stay implementation of the U.S. Environmental Protection Agency’s (EPA) Clean Power Plan (CPP). This recently finalized regulation – the centerpiece of President Obama’s climate policy and the U.S.’s commitment to the recent Paris climate accord – would ostensibly reduce domestic carbon dioxide emissions from fossil fuel-fired power plants by 32 percent by 2030 from a 2005 baseline.

In response to this development, Wisconsin Governor Scott Walker recently signed an executive order barring the relevant agencies from developing a state plan complying with the CPP until the legality of the rule has ultimately been determined by the courts. With the Court of Appeals for the D.C. Circuit only scheduled to hear the case later this summer, this probably won’t happen until the Supreme Court considers the case sometime in 2017.

Walker cited the large potential compliance costs as reason to sign the executive order, saying: “Clearly, this rule exceeds the President’s authority and would place an undue burden on the Wisconsin ratepayers and manufacturers. The Executive Order we issued today protects our taxpayers from an unnecessary cost of up to $13 billion as we continue to act in the best interests of Wisconsin citizens.”

According to Environment & Energy Publishing (E&E), 18 states – most of the 27 suing EPA over the rule – have similarly announced that they will suspend compliance planning as the legal fight ensues. 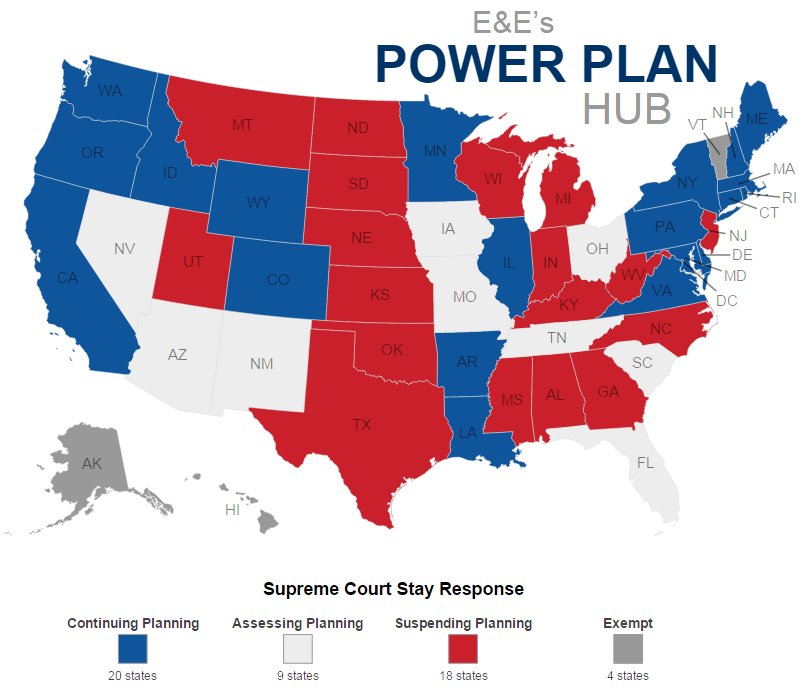