As the year draws to a close, taxpayers have plenty of reasons to be thankful. State leaders across the country have advanced pro-growth fiscal reforms that will expand economic opportunity and growth. Here are just a few highlights from this year.

Governors Call for Tax Relief
Many governors called for tax relief this year, according to the ALEC Center for State Fiscal Reform report, State of the States: An Analysis of the 2016 Governors’ Addresses. In fact, more governors proposed reducing taxes to facilitate economic growth than governors who proposed increasing taxes. As the map shows below, 11 governors proposed only tax cuts, while seven pushed for tax hikes. 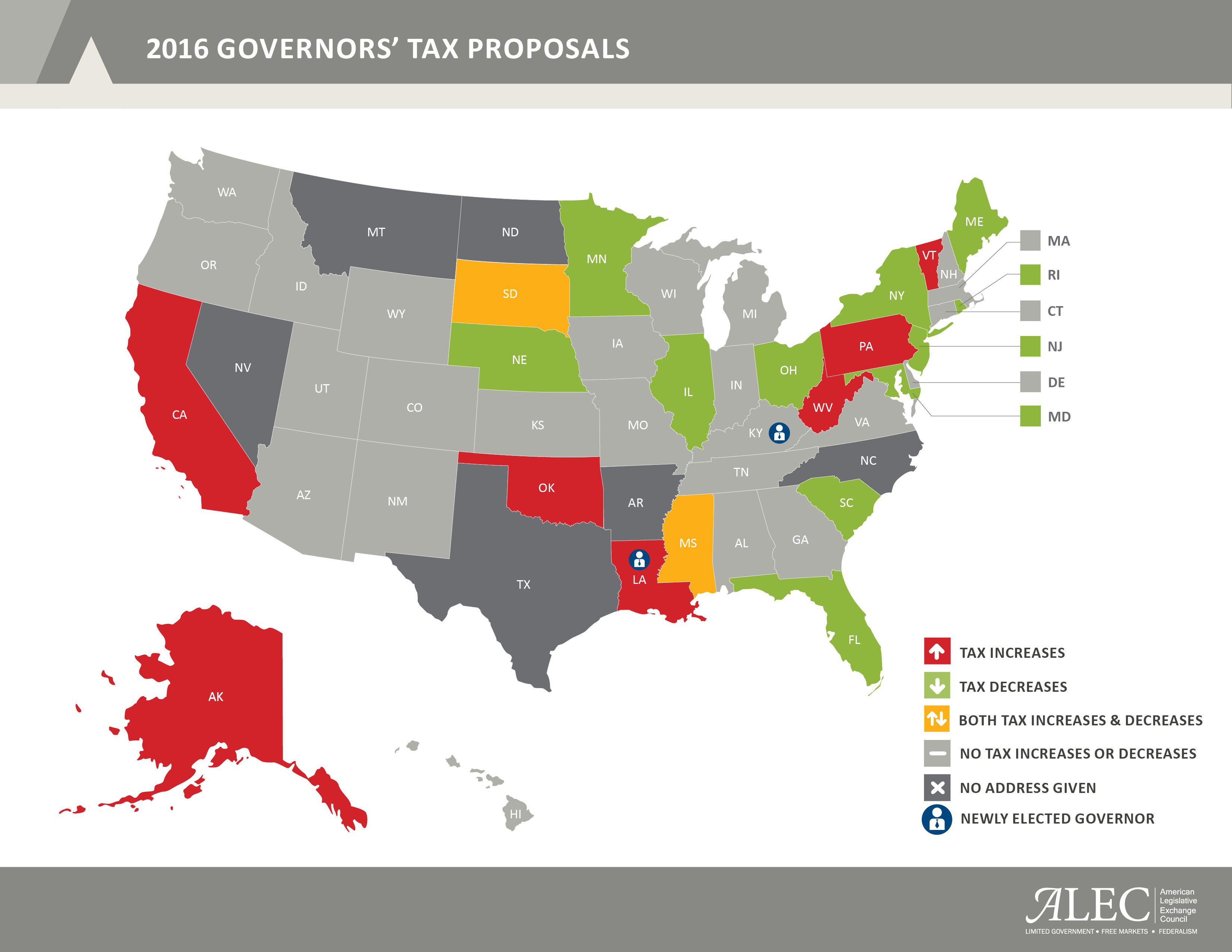 Taxpayers Defeat Economically Damaging Tax Increases at the Ballot Box
Taxpayers in Oregon, Colorado and Washington State voiced their frustration on tax increases. In Oregon, 58 percent voted to defeat Measure 97, the gross receipts tax. If enacted, Measure 97 would have been the largest tax increase in state history. Eighty percent of voters in Colorado voted against Amendment 69, which included a massive new payroll tax to fund ColoradoCare. Finally, Washington State’s burdensome carbon tax initiative was defeated by a strong majority of voters.

Tennessee Hauls Out the Hall Tax
This session, Tennessee lawmakers finally passed a bill that will phase out the burdensome Hall Income Tax. While Tennessee does not levy a personal income tax on wage income, the Hall Tax applies to income earned through investment and saving. Phasing out the anti-growth Hall Tax will encourage investment and help Tennesseans keep more of their own hard-earned tax dollars.

Mississippi Gives Taxpayers a Pay Raise
Mississippi lawmakers passed the largest comprehensive tax reform legislation in state history. The Taxpayer Pay Raise Act provides $415 million in tax relief over the next 10 years. The legislation phases out Mississippi’s franchise tax, creates an income tax deduction for a portion of the federal self-employment tax, and phases out the 3 percent personal income bracket. These reforms amount to a very positive step towards a more competitive state economy.

While these are just a few highlights from this year, it’s clear there is a growing tax reform momentum in the states. As documented in the annual Rich States, Poor States: ALEC-Laffer State Economic Competitiveness Index, a state’s tax climate can either attract or drive away residents and jobs. As more state leaders recognize the benefits of pro-growth reform, there are many reasons to give thanks.