Proposed DOL Rule Could Be a Model for Public Pensions

Last week, ALEC submitted a comment to the Department of Labor (DOL) in support of a proposed regulation regarding fiduciary duties in private pensions under the Employee Retirement Income Security Act (ERISA).

The proposed regulation clarifies that Environmental, Social, and Governance (ESG) investing falls outside of ERISA’s requirement that plan managers select investments solely on financial considerations. ESG principles broadly advocate investing or divesting based on variety of causes. Examples include divestments from fossil fuels, tobacco and firearms. However, by allowing political causes or social issues to drive investment strategies, pension plans could miss out on millions of dollars in foregone investment returns, meaning plan managers and workers may need to increase their contributions to keep the pension plan solvent.

If finalized, the DOL regulation would provide greater stability for private pension plans, and potentially serve a model for public pension investments. What this proposal does not do is ban ESG investing. Individuals are still free to practice ESG investing with their private funds as they see fit.

Politically driven ESG investments negatively impact public pension funds, as ALEC’s comment demonstrates. Utilizing research from ALEC reports such as Unaccountable and Unaffordable and Keeping the Promise, the comment contrasted states that engage in ESG-type investment behavior with states that do not.

The comment also drew on the ALEC Statement of Principles on Sound Pension Practices. The first two principles outline that state governments should make investment decisions based on stability and predictability. These principles mean that government pensions should be secure and safe from high risk assumptions and be predicable and structured to foster certainty for taxpayers and policy makers.

The divested portfolio produced returns 0.7 percentage points lower on average per year than the optimal risk-adjusted portfolio that did not divest from energy, representing a massive 23 percentage point decline in investment returns over five decades. That chart is pictured below in Figure 1 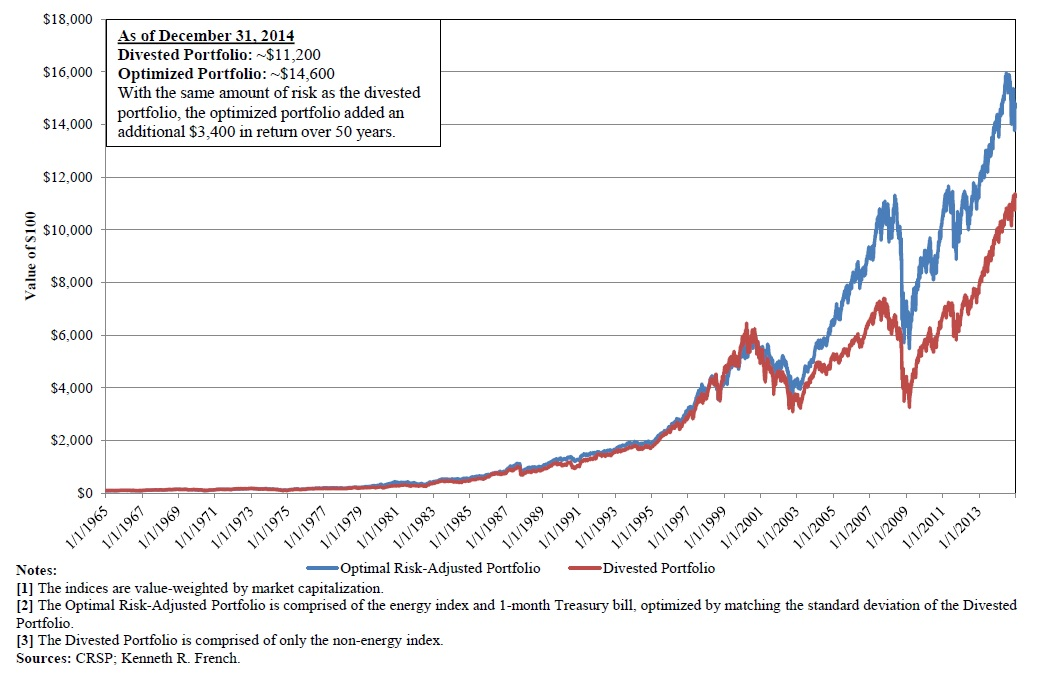 This investment return volatility has contributed to rising costs, as the annual required contribution (ARC) for the state of California has increased for both CalPERS and CalSTRS over the past decade. The ARC payment covers both normal costs for the year and an amortization payment of liabilities from previous years, both of which depend partially on investment returns, and, with California not making the full ARC payments every year, unfunded liabilities grew as well. Those charts are pictured in the Figure below. 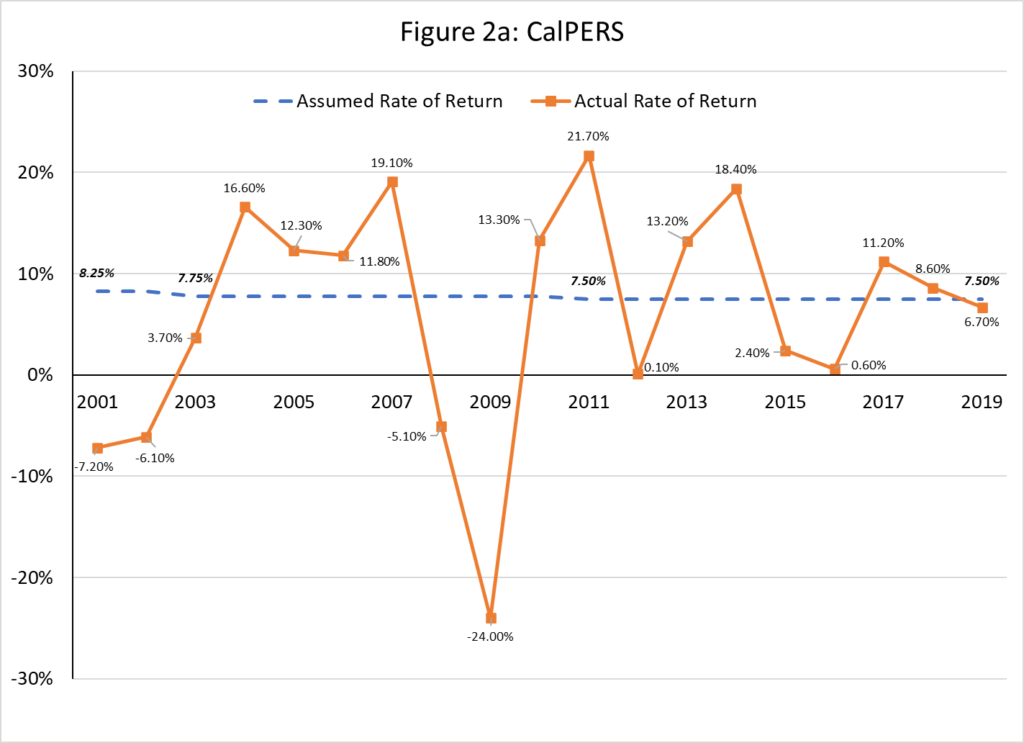 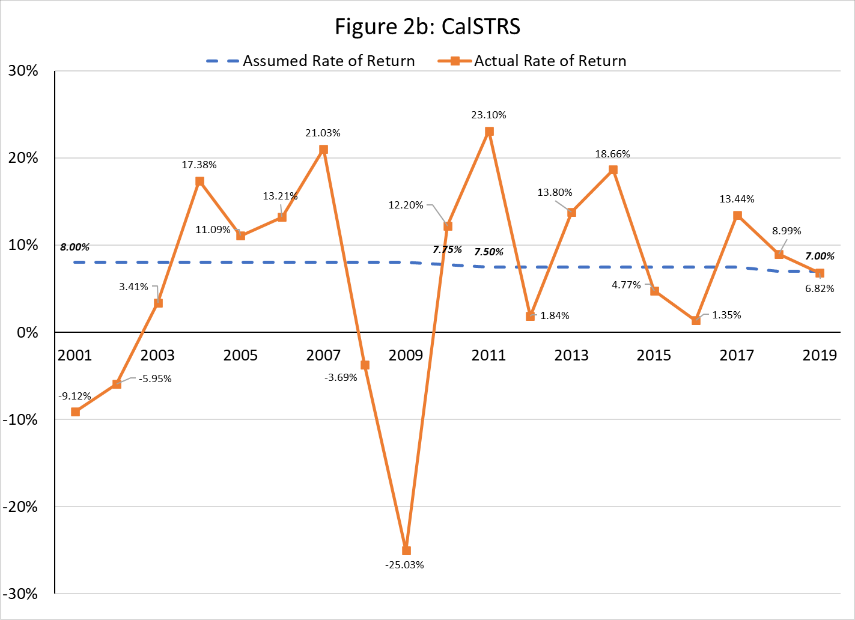 California currently has the largest unfunded pension liabilities in the United States at over $780 billion, or $19,720 per capita. While poor investment decisions are not the sole cause of these massive unfunded liabilities, they are a contributor. For instance, CalPERS and CalSTRS divested from companies tied to tobacco starting in 2001. From 2001-2018, the CalPERS has lost $3.6 billion in investment returns from tobacco divestment alone. California also divested from , firearms manufacturers who manufacture guns that are illegal for sale in the state of California, which cost them $11 million in investment returns from 2013-2018.

When some argued for further divestment from firearms manufacturers, CalPERS resisted the push for further divestment. CEO of CalPERS Marcie Frost commented, “Divestment limits our investment options. With a targeted return of 7%, we need access to all potential investments across all asset classes. Divesting does the exact opposite—it shrinks the investment universe” Despite this recent pushback from CalPERS CEO, California public pensions are still engaging in ESG investment practices.

Contrast California with Wisconsin. Wisconsin does not incorporate ESG divesting into its investment strategy. The Board of Trustees of the Wisconsin Retirement System clearly states, “Asset classes and sub-asset classes are broadly defined to gain exposure to the entire investable opportunity set and capture the greatest depth of available investment opportunities to the extent they offer a risk-return trade-off commensurate with SWIB’s return objectives and risk tolerance.”

Thanks to reforms passed by the Wisconsin Legislature and then-Governor Scott Walker in 2011, the Wisconsin Retirement System (WRS) incorporated several cost and risk-sharing measures, such as requiring all WRS participants (including public safety employees) to contribute half of all ARC payments for pension plans. By requiring participants and the state to split the ARC payment ever year, it incentivizes prudent investment practices to minimize financial risks and annual costs. 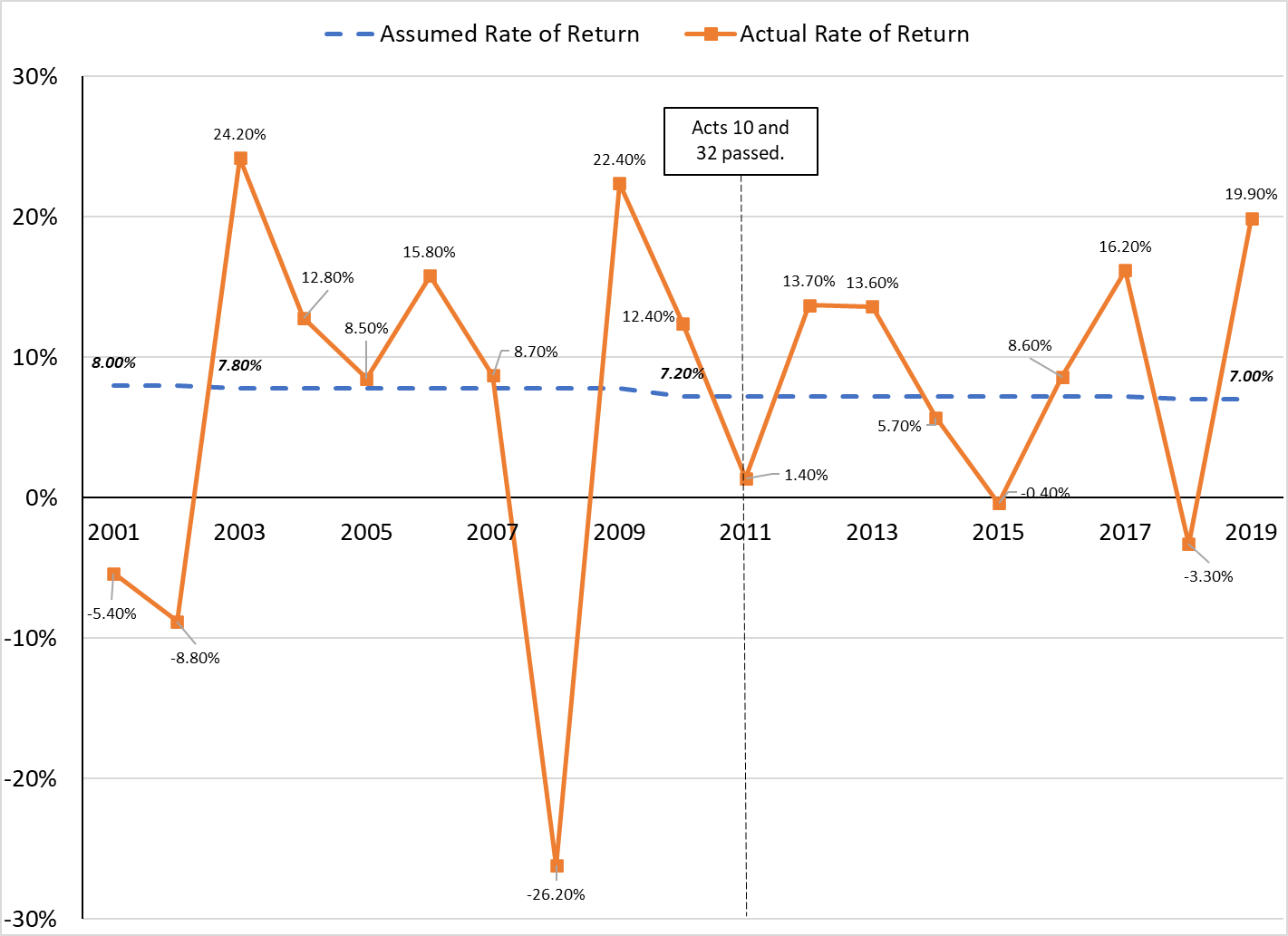 When managers of public pension plans focus on financial considerations only, the plans enjoy greater long-run investment stability. Private pensions would likely enjoy the same benefit if the proposed regulation is adopted. In addition to the ALEC Statement of Principles on Sound Pension Practices, a similar rule at the state level for public pensions could improve pension funding and reduce long-term volatility.