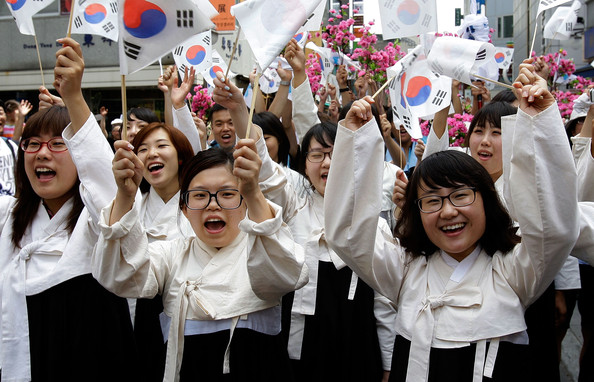 On August 15, South Korea, formally known as the Republic of Korea (ROK) will celebrate 70 years of independence. A true appreciation for the profound significance of Korean Independence Day requires an understanding of Japan’s 35 year occupation that extended from August 1910 until August 1945. Korea’s and Japan’s histories, languages, and cultures are inextricably linked along with their futures; however, the emotional wounds of outside subjugation and oppression remain to this day.

Following liberation and the subsequent three-year destruction of the Korean War, which has left a single people divided by an artificial border since 1953, South Korea launched the Miracle on the Han. This propelled the country from desolate poverty to having one of the most prosperous and dynamic economies in the world.

Today, South Korea has the 13th largest economy based on GDP. It has an unemployment rate of 3.5% and a per capita income of $34,300, which ranks 22nd in the global economy. The Heritage Foundation’s 2015 Index of Economic Freedom ranks South Korea as the twenty-ninth most free economy in the world citing ROK openness to global trade and investment as well as South Korea’s efficient regulatory environment for fostering its economic prosperity.

Unlike many modern nations experiencing strong economic growth, South Korea’s success is not fueled by natural resource development. The country’s strategy has been to utilize its citizens as its most valuable asset by investing in education and developing professional skills. The result has been steady economic growth driven by a strong manufacturing sector and exports. Fifty percent of South Korea’s economy is based on exports, giving the ROK the seventh largest volume of exports in the world. The nation’s most important export, however, might be “hallyu,” which refers to the popularity of contemporary Korean popular culture including K-dramas, K-cinema, and K-pop, with Psy’s global phenomenon “Gangnam Style” being the most ubiquitous example.

South Korea is also one of our most important military allies. The U.S. and ROK have collaborated closely on “freedom’s frontier” since the outbreak of the Korean War in 1950. For 65 years, Korean soldiers known as “KATUSAs” (Korean Augmentee to the U.S. Army) have served in U.S. Army units forging a robust strategic partnership that is considered a model to follow with other allies. With the deactivation of the last remaining U.S. combat brigade on the Korean Peninsula, the Pentagon activated a joint U.S.-ROK division that will command military activities in South Korea. For over 60 years, the U.S.-ROK alliance has maintained the peace on the Korean Peninsula and will continue to serve a strategic purpose in northeast Asia going forward.

Marking the anniversary of the Japanese surrender to the Allied forces, Japanese Prime Minister Shinzo Abe expressed “profound grief” over Japanese atrocities committed during the occupation of Korea. As the bitter wounds of history continue to heal, on this Korean Independence Day let us honor the resolve, commitment to liberty and economic prosperity of this vital ally. Freedom is precious and few other nations have paid as high a price for it as South Korea. May South Korea continue to prosper, and may the day come when people living in both halves of the Korean Peninsula unite under a banner of freedom.