Like Your Cell Phone? That’ll Be An Extra 17 Percent

Since Americans have become more mobile the demand for wireless access has increased. However, high tax burdens on wireless services have made it increasingly difficult for consumers to pay their cell phone bills.

These tax burdens are significantly higher than traditional sales taxes and vary vastly from state to state, city to city. Mackey and Henchman note the overall tax burden—federal, state, and local—has increased to an average of 17.05 percent from an average of 15.27 percent 11 years ago.

According to Henchman, “Accessing content on our phones these days is easier than ever before, but paying cell phone bills remains difficult for many.” Based on the report, a key component to these high costs remains the rate at which state and local government tax wireless services.

Factors including these large tax increases, and the nearly 2 percent increase over the past 11 years, include 911 fees, state Universal Service Fund fees, and state level wireless taxes. Cities also can contribute to increased taxes and fees on wireless services. Take, for example, Chicago, which the report notes “doubled its 911 fee from $1.25 per month per line to $2.50 per month in 2008 to pay for potential security upgrades to support the City’s bid to host the Olympics. The Olympic bid failed, but the tax remained.” Chicago increased the 911 fee again this year by $1.40, to $3.90 per month, in lieu of raising property taxes. 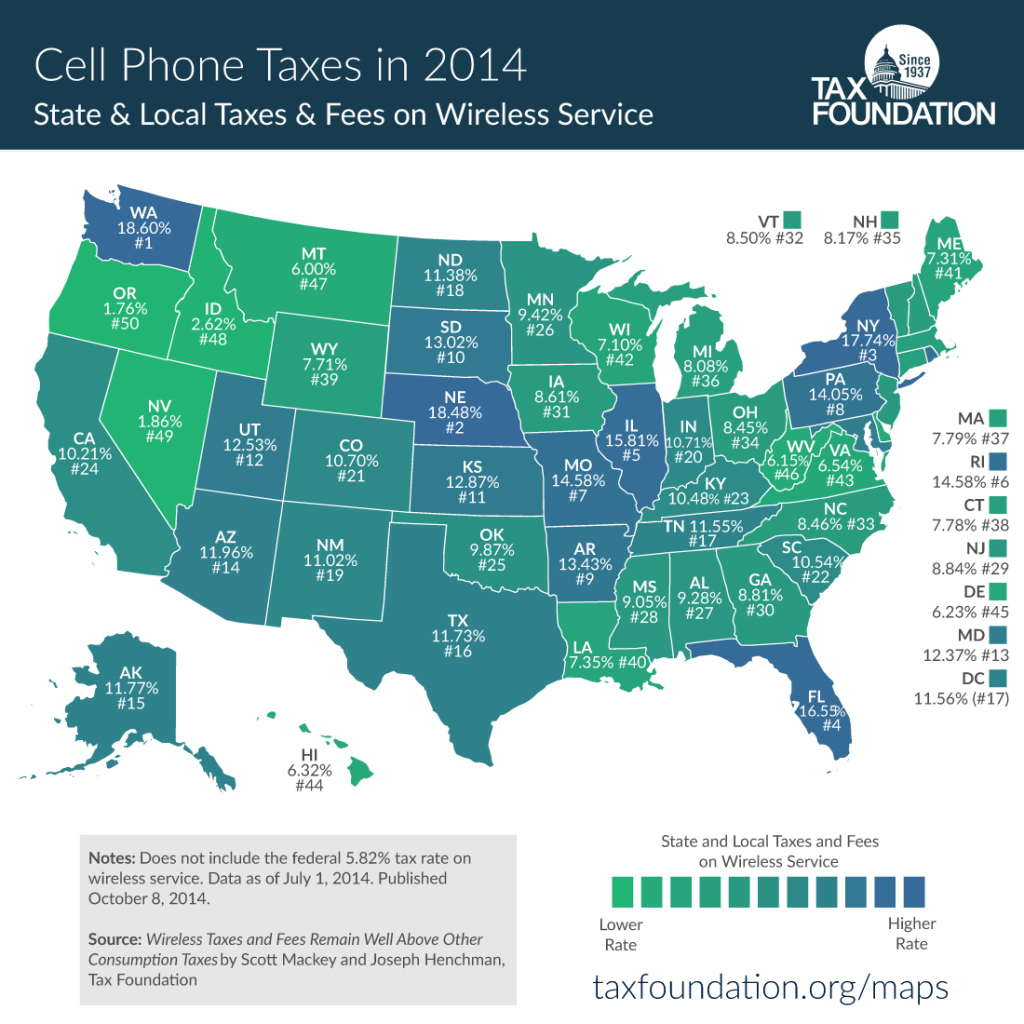 The report highlights the huge discrepancy between the tax rate levied on wireless usage and the tax rate levied on most other goods and services. On average, wireless and sales tax differ by 3.72 percent, but in extreme case like in Washington and Chicago, the difference amounts to 9.45 percent or more According to ALEC’s Statement of Principles for Telecommunications Tax Reform, a well-structured telecommunications tax system should follow the principles of non-discrimination, fiscal stability, and economic neutrality. A revenue neutral, equitable, pro-growth tax structure provides consumers with the best economic opportunities.

Top ten states with the highest tax rates include (excerpted from Wireless Taxation in the United States 2014, Table 2):