Fundamental tax reform has eluded Congress since the Reagan administration, but that is not stopping some members from proposing sweeping relief for our overburdened economy. As part of his “A Better Way” policy agenda, today Speaker of the House Paul Ryan released his Tax Reform Task Force’s Blueprint to “help all Americans have more and better opportunities in their lives.”

In an op-ed in today’s Wall Street Journal, House Ways and Means Committee Chairman Kevin Brady outlined the proposal, which he called a “plan for tax sanity.” “America’s tax code is beyond repair,” wrote Brady. “Tinkering with it won’t work. The only hope is a bold tax-reform plan that will liberate our nation from the slow-growth status quo and jump-start a new era of American prosperity and growth.”

Some key tax reform proposals found in “A Better Way” include:

The proposal also highlights similar research to that conducted by the ALEC Center for State Fiscal Reform. In the publication The Effect of State Taxes on Charitable Giving, ALEC researchers found a statistically-relevant negative relationship between charitable giving and state tax burdens. In short, the more state taxes an individual is forced to pay, the less he or she can, and does, give to charitable causes. The chilling effect put on charity by government is a road block to aiding the poor, and dovetails well with the poverty initiatives previously addressed in “A Better Way,” which itself links giving to economic growth. The two are related additionally insofar as pro-growth policies stem from reducing tax burdens on individuals and businesses, meaning that pro-growth reforms not only strengthen the economy, but also increase access to charity for people in need. 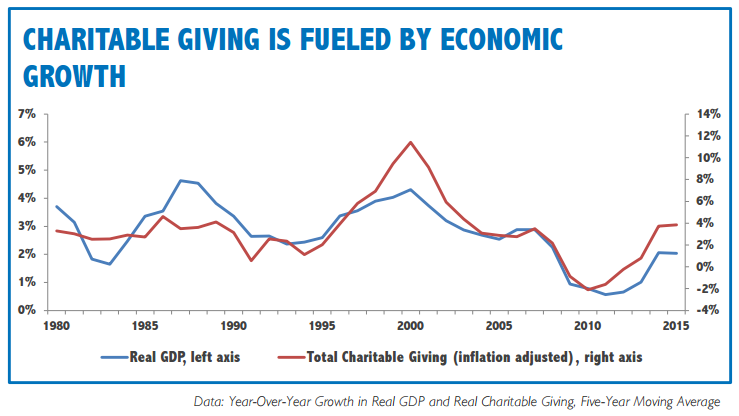 Perhaps the plan’s most intriguing idea, however, is a proposed reform that touches both tax and regulatory policy. Noting that “a simpler, fairer tax code demands a simpler, fairer tax collector,” Brady goes on to hint at a ground-up restructuring of the Internal Revenue Service (IRS). “This new tax system returns power back to the taxpayer, and puts the primary focus of the [IRS] back where it belongs—on serving American taxpayers.”

In short, the IRS as Americans today know it would cease to exist. It would be replaced with three units, one focused on customer service for individuals, one with expertise to manage business concerns, and a third unit that would essentially be “a small-claims court for tax disputes so individuals and small businesses don’t spend thousands of dollars resolving minor tax issues.” 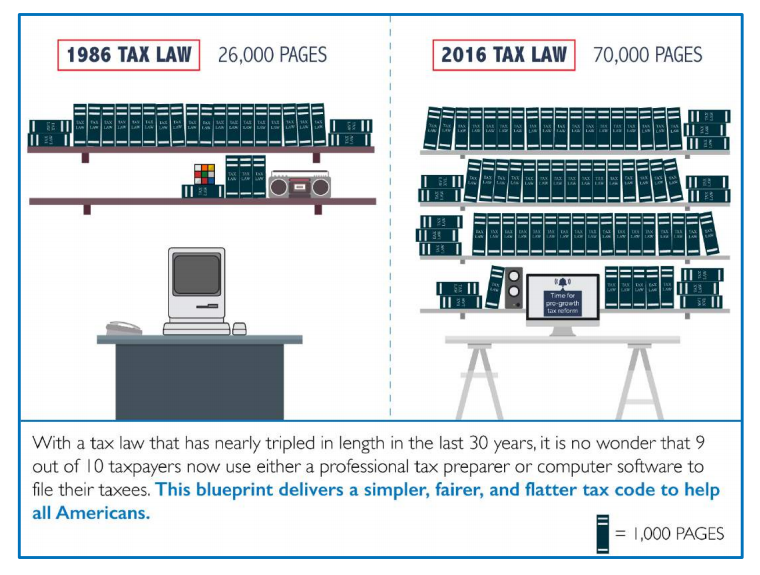 The tax reforms found in “A Better Way” are generally aligned with the ALEC Principles of Taxation, which state that tax codes should be simple, transparent and competitive, among other things. The proposal to lower rates makes the IRC more competitive internationally. Simplifying the brackets makes the IRC easier to administer and less onerous for the individual taxpayer. By reforming the IRS’ structure, the IRC becomes more transparent, as well as inherently fairer, since taxpayers of many types will have a specific, well-equipped unit to handle grievances.

Having been a member of ALEC while serving in the Texas Legislature, Chairman Brady knows the key differences between tax reform in the states and on the federal level. As referenced above, the last time the federal government passed fundamental and significant tax reform was 1986. Since then, the Internal Revenue Code (IRC) has ballooned in size, becoming more difficult, and expensive, to navigate. Any reform to cut down the size, scope and complexity of the IRC is welcome. On the state level, though, reforms are more common. In the states, elected officials live alongside their constituents full-time, resulting in higher levels of accountability than imposed on many members of Congress. When tax burdens hurt their state’s economy, they feel it every bit as much as their constituents. As a result, state-level reforms are implemented with much more regularity than the 30-year window seen on the federal level. ALEC research found that 17 states significantly cut taxes on net during their 2015 legislative sessions. Similar results were found in 2014 (14 states) and 2013 (17 states).

Meaningful tax reform at the federal level should follow the blueprint laid out by the states. As the ALEC publication Rich States, Poor States has found for years, states that implement competitive tax and fiscal policies thrive, and states that fail to do so struggle year after year. The same comparison can be drawn between the American IRC and other nations’ tax codes. Not only will pro-growth policies be felt across the states, but a more competitive tax code will be felt across the globe. If tax policies that adhere to the ALEC Principles of Taxation become the norm, rather than the exception at the federal level, then America will be able to compete globally like states such as Florida, Texas and North Carolina compete domestically.